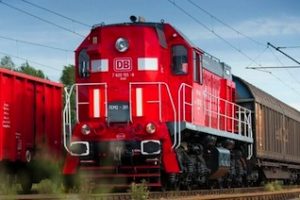 Last week’s statement by Deutsche Bahn’s rail freight division in the UK – DB Cargo UK – that it is likely to cut almost 900 jobs and downsize its operations across the country was in part explained by the dramatic decline in the coal and steel markets. Between January 1st and September 30th this year, DB Cargo UK ran 1,353 coal trains compared with 6,163 trains in the same period in 2015 – a reduction of 78%. The number of steel trains it ran over the same period dropped 33%, from 8,733 to 5,820.

The sharp decline in coal volumes is a consequence of the early closure of a number of coal-fired power stations across the UK and a complete phasing-out of all UK coal-fired power plants is proposed by 2025. With regard to the drop in steel volumes, there are a combination of factors, according to DB Cargo UK, including high energy prices, the extra cost of climate change policies and competition from Asia. Unlike coal however, the company said that it would continue to explore opportunities for growth in this sector.

Likewise, it will be looking for growth in other sectors as part of a new business strategy, according to the company’s CEO, Hans-Georg Werner. He said the company was eager to ensure it was a logistics partner for customers across sectors including automotive, intermodal and construction.

The company has seen a drop in the movement of construction cargo since the UK’s Brexit result, though this was not an influence on its recent decision to ‘reshape’ the business, according to a spokesperson.

Other rail providers are also facing uncertainty in the UK this year. Last week, Groupe Eurotunnel announced that it was selling its UK rail division, GB Railfreight, to private equity firm EQT.

Evolve and reshapeUnder the proposals announced last week, the company is looking to lose 893 jobs and shrink its locomotive and wagon fleet, while also revising the number and location of sites in the UK.

“Responsible and successful businesses must evolve and reshape as their markets change and sometimes this means making tough decisions,” said Werner. “Whilst this is a difficult time for all of us at DB Cargo UK, reshaping the company will enable us to build a business for the future and protect the majority of jobs. We are fully committed to supporting colleagues who may be at risk of redundancy.”

The company did not identify the potential for logistics partnerships supporting the automotive industry but instead pointed to investment in innovations and technology to improve efficiency. That included the rollout of mobile devices to front line and management staff and the launch of interactive applications to improve fuel efficiency. It also said it planned to further enhance efficiency and service levels for customers “by introducing order track-and-trace, end-to-end planning and proactive and pre-emptive service issue systems and technology”.