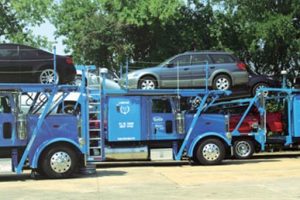 US finished vehicle haulier Dependable Auto Shippers (DAS) has filed for bankruptcy, according to a report in the Wall Street Journal published over the festive break.

The WSJ reported that the company, which has been moving cars for over 50 years, could not repay debt following revenue problems that stemmed from the economic downturn that hit in 2008. DAS was also hit by an accounting error that disguised problems with its cash flow, said the news source.

The company took on debt when it bought 25 car-hauling trucks in 2015 to support its existing fleet but it has since been trying to sell off transport assets to reduce its debt. It had just one truck left when it filed for bankruptcy, according to the WSJ.

According to the WSJ, at the beginning of 2016, Independent Bankers Capital Fund and Paragon contributed $3m to Dependable Auto by purchasing equity in the hope that the company could pay off creditors and improve operations. According to the paper, the cash infusion came too late to turn the company around, however.