Disruption is the key to the future 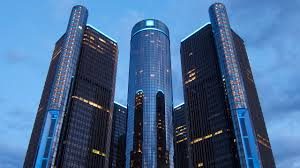 There is disruption in the automotive industry and the consumer is largely to blame for the upheaval. Greater consumer input on product development, changing patterns of ownership and use of the vehicle, and an ecosystem that is enabling new paths to enterprise and creating fresh opportunities for collaboration both within and beyond the traditional car making industry are all playing their part. Taken together, it means the industry is changing in radical ways.

Speaking at this week’s Automotive Logistics Global conference in Detroit, Kalman Gyimesi, automotive marketing leader at IBM Analytics, said consumer power is creating a new dynamic in the design, manufacture and supply of vehicles. Citing a recent global study by IBM that canvassed 175 executives across the OEM, tier supplier and distribution sectors, Gyimesi said that 73% of executives expected more direct collaboration from consumers in the creation of the cars they wanted to buy. Furthermore, the majority of those executives also expected the trend for greater consumer involvement to drive collaboration with other industries in the search to satisfy consumers’ new demands.

Gyimesi said that 75% of executives across the automotive industry now expected participants from outside it to have a key role in automotive development. However, only 19% of the executives who took part in the study felt prepared for the changes that would redefine car production and supply by 2025.

Car buyers want a connected and more personalised experience with a digital “self-enabling vehicle” that has to be intuitive to use, said Gyimesi. The technology supporting intelligent vehicles is changing how people want to move around, which is feeding the appetite for new services.

Driverless vehicles are here in part, and will continue to develop and grow, something that Brad Jacobs, CEO of logistics provider, XPO Logistics, said was going to have “a huge and positive impact” on the industry – though not without addressing the risks related to cyber security (as the hacking of a Jeep Cherokee in US in June this year made clear).

The changes afoot in the industry are also going to cost plenty, according to Jacobs. “To prepare for disruption you have to innovate and spend hundreds of millions doing so,” he said. Jacobs said there needed to be greater consolidation in the industry because it was likely only to be the consolidated companies that could make the sort of investment required. “The logistics industry is one of the last industries that has not been consolidated but it is going that way,” he noted.

Brandon Mason, analyst at PwC Autofacts, agreed with Jacobs. “2015 will be a record year for tier supplier deal value. PwC is forecasting $48bn in closed transactions for the full year.”

He pointed out however that for all the talk of industry consolidation, there had not been much from the OEMs and there was not much to come. “It will remain highly diversified with little mergers and acquisitions activity.”

Another issue facing the industry is in determining the rate of adoption of new vehicles, including alternative powertrains, and autonomous vehicles. Mason said this is a big consideration from an investment perspective. While recognising that technology developments will grow in market share, and that urban areas will be where adoption would be fastest, Mason said the rate of adoption for that technology was “the big unknown”.

There was also the question of purchasing demographics in the US. With the average price of a vehicle at $33,000, and a rise in Federal tax expected over the next few years, there are questions over who will be able to afford to buy these ‘self-enabling’ vehicles. PwC forecasts that there will be 5% decline in US sales to 16.4m in 2018 (down from 17.1m this year). Industry consultant Bruce Arlinghaus, said the new technology would raise the price of a car further and shrink the buying market by making it inaccessible to the average car buyer, something that could risk the rate of adoption by killing it outright.

“If the crowd turns on you it goes from bad to disastrous in a very short time,” he warned.