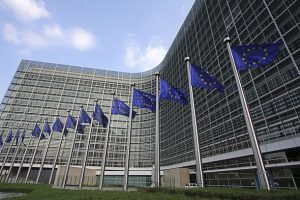 The European Commission (EC) has launched an infringement procedure against Germany in response to its extension of minimum wage legislation to international transport operators entering German territory.

“[T]he application of German measures to transit and certain international transport operations can in the Commission's view not be justified, as it creates disproportionate administrative barriers which prevent the internal market from functioning properly,” said the EC in a statement. “The Commission considers that more proportionate measures are available to safeguard the social protection of workers and to ensure fair competition, whilst allowing for free movement of services and goods.”

Germany now has two months to respond to the arguments put forward by the Commission.

The minimum wage ruling, which was introduced in January this year, stipulated that drivers moving goods in Germany be paid no less that €8.50 ($9.49), regardless of whether they are domestic providers or not. The measure was implemented to tackle ‘dumping’ on wages in the German road haulage industry, where there is strong resistance to unfair competition from low-wage countries.

Initially companies based outside the country that provided transport services in or through Germany [1]had to pay the wage or face prosecution. Penalties for breaching the rules (known as MiLog for short) range between €30,000 and €500,000 in cases where the wage paid does not comply with the German minimum. In February, Germany suspended (but has not fully removed) that part of the legislation relating to international hauliers that were in transit through the country under pressure from other European countries, notably Poland, as well as trade bodies, including the International Road Transport Union (IRU). However, Germany still requires that its minimum wage be applied to foreign drivers engaged in cabotage activities within the country. Under those rules foreign operators can carry out three domestic transport operations over a week following international business.

Speaking at last week’s general assembly of the Association of European Vehicle Logistics (ECG) in Portugal, Joao Aguiar Machado, the EC’s director general for the Mobility and Transport Directorate General (DG MOVE) said that those companies moving goods within Germany should not be subject to legislation.

Machado was keen to stress that the Commission was not against the minimum wage and, actually favoured it. “We should not confuse this [transport issue] with the question of putting the minimum wage in place,” he told delegates. “What we dispute is the application to the transport sector. In our view the transit through a country from one [EU] member state to another should not be covered by the minimum wage; it conflicts with the freedom to provide services cross border.”

Transport providers in neighbouring low-wage countries have seen a sharp increase in overall expenditure. According to Jan Nemec, head of Social Affairs, EU Road Safety and Infrastructure at the IRU, those costs are prohibitive. Using the example of a typical small 10-truck haulier from the Czech Republic, Nemec said the total annual cost for the company could go up by €65,000. Based on the average monthly wage paid to a driver of €900, the cost of applying the German minimum wage pushed that monthly payment up by €539.

Administrative burden
A major problem associated with the application to international transport is that there has been a dearth of information since notice was given late in 2014 that it would be included. Nemec indicated that detailed information was essential given the different national rules on calculating driver wages.

The ruling has also led to a sizeable administrative burden. For one thing, operators wishing to register driver information were restricted to using one fax number in Cologne, which very quickly became blocked because of the level of information being submitted. Added to this all documents relating to the rule and its application were exclusively in German. Each company is obliged to keep separate records for drivers entering German territory at their premises ready for submission to the German customs authority to indicate whether drivers are being paid in line with the minimum wage. For one UK haulier highlighted by Nemec, just translating the documents cost it €12,000.

“Reacting to all this we have requested that the German authorities produce an immediate moratorium on the application of the minimum wage on all international transport operations,” said Nemec. “But things take time in Brussels. Germany has two months to respond, and then months will be spent analysing the answer, so I’m afraid this will drag on for some time.”

For Jose Inacio Faria, member of the Committee on Environment and Transport at the European Parliament there was a more simple solution: “If the German state wants a minimum wage and pays for it, then ok, no problem.”

Germany is the 22nd country in the EU to introduce a minimum wage.
There will be further coverage of the ECG’s Spring Congress and General Assembly published on our website soon.