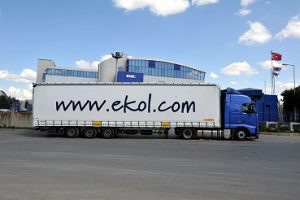 Turkish transport and logistics provider Ekol Logistics has officially entered its 15th country with the establishment of a local branch in Slovenia.

The company, which will be operational within a couple of months, plans to open the first warehouse in the area of Ljubljana. Warehousing services will be provided for bonded and non-bonded goods.

Ulcar said that in future Ekol Slovenia may offer intermodal solutions to and from other European countries. The company’s distribution centres cover 750,000sq.m of space. It also operates a large amount of transport services including owning six ro-ro vessels.

In December Ekol bought a majority 65% stake in Europa Multipurpose Terminals in Trieste, Italy, where it has operated a ro-ro terminal since 2013. Trieste is the largest Italian city near to Slovenia’s Koper port, a significant ro-ro terminal in the region.

Then, in January, the company announced a direct train connection between the port of Kiel, in Germany, and Trieste, creating a link for rapid freight transport between the Baltic and Eastern Mediterranean Sea.