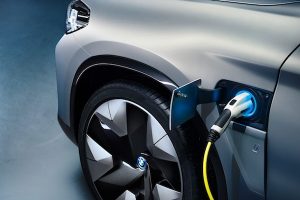 BMW has announced it will be making the X3 SUV in China this year and will add the iX3 electric crossover to production in 2020.

The vehicles will be made in Shenyang for the domestic market and, in the case of the iX3, for possible export to Europe and the US, according to several press reports following the Beijing Auto Show. However, BMW said it had not made a decision on which locally made vehicles it would export as China’s economic and trade strategy developed.

The addition of the iX3 in 2020 will make it BMW’s seventh electric vehicle for the domestic market. Two are currently made in China: the long-wheelbase versions of the X1 PHEV and 5 Series. The other four – the BMW i3, i8, X5 PHEV and 7 Series PHEV – are imported.

The company has also announced a deal with Great Wall Motor for production of the electrified Mini from next year.

Trial exportsBMW has been exporting small volumes of the Series 1 model since January this year in what has been described as an ‘enabling project’ by Matthias Luettich, head of production strategy, BMW Brilliance Automobile.

Speaking at the recent Automotive Logistics China conference in Chengdu, Luettich said that all the challenges related to producing for export had been dealt with and everything was in place to build on opportunities for more exports from China.

China’s One Belt, One Road economic and trade plan, which is designed to boost infrastructure and trade links with Europe, Central Asia and Africa, has already led to a rapid growth in exports. Last year, the country exported 923,000 vehicles, an increase of more than 30% year-on-year, according to figures from the China Automotive Technology and Research Centre (CATRC).

China’s policy on relaxing equity restrictions for foreign carmakers will have a major impact on the country’s position as an exporter of vehicles. For the last two decades, China has restricted foreign carmakers wishing to manufacture in the country to doing so only as part of a joint venture in which they can own a maximum of 50%.

The proposal to phase this out was introduced last year by the National Development and Reform Commission (NDRC) in China, and more recently endorsed by president Xi Jinping at the Boao Asian economic forum.