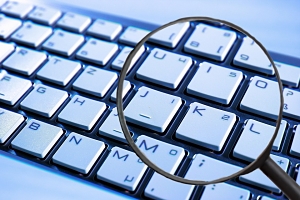 Global courier company FedEx has admitted that its subsidiary TNT Express is continuing to suffer from the effects of last month’s cyber-attack. The firm is still processing some transactions manually, it said, and some data may never be fully recovered.

“All TNT depots, hubs and facilities are operational and most TNT services are available, but customers are still experiencing widespread service and invoicing delays, and manual processes are being used to facilitate a significant portion of TNT operations and customer service functions,” said FedEx in a stock exchange filing on Tuesday.

On June 28th, FedEx announced that TNT’s worldwide operations had been significantly affected by the cyber-attack known as Petya, which involved the spread of a computer virus through a Ukrainian tax software product.

TNT has operations in the Ukraine and uses the software that was compromised, allowing it to infiltrate TNT systems and encrypt its data.

While TNT operations and communications were significantly affected, no data breach or data loss to third parties is known to have occurred, according to FedEx.

“We are currently focused on restoring remaining operational systems, along with finance, back-office and secondary business systems,” it said.

“We cannot yet estimate how long it will take to restore the systems that were impacted and it is reasonably possible that TNT will be unable to fully restore all of the affected systems and recover all of the critical business data that was encrypted by the virus,” it added.

The financial impact of the attack is still being evaluated but is likely to be “material”, according to FedEx.

“Although we cannot currently quantify the amounts, we have experienced loss of revenue due to decreased volumes at TNT and incremental costs associated with the implementation of contingency plans and the remediation of affected systems.”

Meanwhile, global shipping company, AP Moller-Maersk, another major casualty of the cyber-attack, is also making progress towards a full recovery.

In an update last Friday, the company said it would have its My.Maerskline.com transport plan notifications up and running again this week, an important part of its clients’ logistics and supply chain planning procedures.

“After extensive work in clearing the backlog, we will re-activate this feature on Monday and start sending out notifications, including ETA,” said the company in a recent statement.