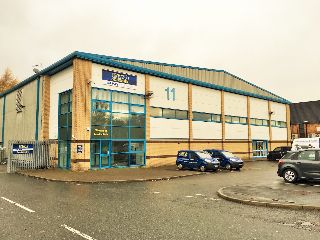 ECP said the 5,500 sq.m facility, located at Moss Lane, will be one of ECP’s new generation hubs and would provide approximately 180 deliveries per day to service centres in the region, including at Whitefield, Bury, Radcliffe, Swinton and Cheetham Hill. The hub will initially be occupied by 38 staff, increasing to 50 within one year. The new centre takes ECP’s total footprint to 488,000 sq.m.

“By 2018 we will have 20 new generation hubs strategically located across England supplying over 230 branches three to four times per day,” said Sukhpal Singh Ahluwalia, founder and chairman of ECP. “This network is essential for us to continue to provide an unrivalled, same day delivery service to all of our customers.”

Each of ECP’s hubs holds in excess of 36,000 lines of stock, covering 97% of all customer demand, according to the company. From 2017, all of the company’s new generation hubs will be served from its new 92,900 sq.m national distribution centre, currently being developed at Birch Coppice, Tamworth.