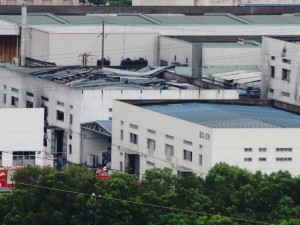 An explosion at a metal-polishing facility in Kunshan, China that supplies the automotive industry has killed 75 people and injured 185.

The blast, which occurred at 7.37 am on Saturday (2nd August), destroyed the facility run by Zhongrong Metal Production Company. It is thought to have been caused by the ignition of airborne aluminium dust in the facility, though an investigation is continuing. A total of 264 workers were in the plant at the time of the explosion.

Zhongrong Metal Production provides electroplating and wheel-polishing services for Citic Dicastal Wheel Manufacturing, which in turn is a global supplier to carmakers, including Shanghai GM.

GM was quick to express its condolences. “We extend our deepest sympathy to the families of the victims and those injured in this terrible tragedy,” said a spokesperson for GM China. “As the authorities have noted, an investigation is underway.”

They company said it would closely monitor the investigation and provide any resources or information that could assist it, adding that the safety of customers, employees and suppliers was a central principle of GM's business around the world.

Concerning the supply of materials, GM China said that it had sufficient inventory of the affected parts and did not expect an impact on production. “We are working with our supplier to establish alternate processing capability,” said the spokesperson.

A spokesperson for Citic Dicastal told Qinhuangdao News Network that the company was shocked to hear about the explosion and that it also expressed its condolences for the injured workers.

While Citic Dicastal supplies a number of major carmakers with wheels, only certain contracts combine services from Zhongrong Metal, such as the one with GM.

A number of other carmakers supplied by Citic Dicastal have been quick to confirm that they are not affected by the impact on supply caused by the blast.

Toyota said that, while it was supplied by Citic Dicastal, the wheels it purchased from the company were not sourced from Zhongrong Metals and there had been no impact on Toyota production at its ventures in Tianjin and Sichuan.

While also expressing condolences, a spokesperson for VW China Investment said Zhongrong was not one of its suppliers and it had no shortage of supply. VW’s joint venture with First Auto Works in China, VW-FAW, which includes Audi, confirmed that Zhongrong was not part of its supply chain.