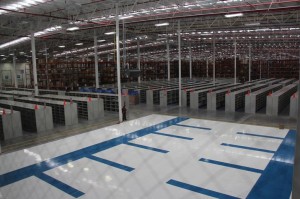 The Mexican subsidiary of Fiat Chrysler Automobiles (FCA) has officially opened a parts distribution centre in Toluca to support the supply of Mopar service parts to the dealer network. The 45,000 sq.m facility, in which the company has invested $13m, will be able to store and move 65,000 parts.

Management of the facility is being handled in-house by FCA. The parts stored there will be distributed to a network of 209 FCA dealers in the region.

"This facility is a cornerstone for Fiat Chrysler Automobiles, and is a prime indicator of the region's growth, strong supplier network and overall improvement of the competitiveness of Mexico in the automotive industry's global scope," said Cattori.

Fiat and Chrysler integrated their parts and aftermarket services under the Mopar brand, originally a Chrysler service, parts and customer care division, back in 2012.

Gorlier told Automotive Logistics at the time that the integration was aimed at delivering better customer service, adding that it would take out inefficiencies arising from the need to repackage parts or double-handle material according to individual brands.