Japanese shipping line NYK Line is starting a new, direct monthly ro-ro service from Europe to South America’s west coast in April this year. The Europe Chile Express service supplements the existing service NYK that was set up in 2018 and runs monthly between Europe and South America, which includes transhipment at Panama. NYK said the additional direct service was driven by customer demand. 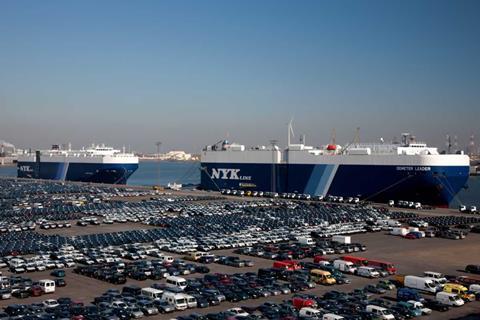 “The current transit time being offered to South America on this service is the quickest in the market, with Iquique being reached in around 23 days,” said Phil O’Reilly, marketing director of ro-ro at NYK.

The ports covered are Vigo (Spain), Southampton (UK), Bremerhaven (Germany) and Zeebrugge (Belgium) in Europe and Callao (Peru), and Iquique and San Antonio (both in Chile) in South America.

With ramp capacity of 150 tons, the service will be able to accept a mix of self-driveable and static cargo, said NYK. The car-carrying capacity is 6,000 equivalent units. 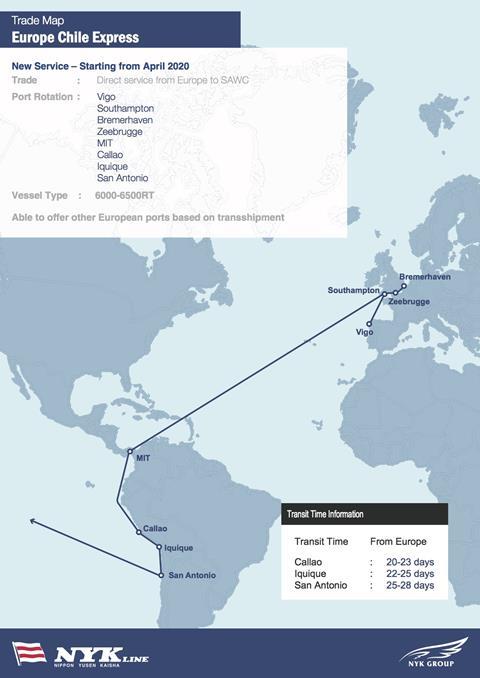 *In other news, earlier in February, NYK announced it had signed a contract to build a second LNG-fuelled pure car and truck carrier (PCTC) with Shin Kurushima Dockyard in Japan. It will be delivered in 2022.

“With this new vessel, NYK will be able to provide more customers with a low-carbon transportation mode, and the company will continue its efforts to reduce its environmental load and contribute to the realization of a sustainable society,” said the company in a statement.”