Flash Europe on target for growth with investment from Eurazeo PME 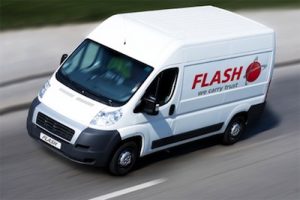 It also provides services for the aerospace and healthcare sectors.

The company said the involvement of Eurazeo would support its plans for international growth and business diversification. Eurazeo is investing €3.2m ($35m) to support Flash Europe’s aims in that direction as part of the expeditor’s 2020 business plan.

Eurazeo acquired the shares in Flash Europe from Siparex and LBO France, which had held an interest in the company since 2010. The remaining shares will remain with CEO, Philippe Higelin, and Flash Europe’s management.

Flash Europe has offices in 18 countries through Europe, Russia and North Africa, with a staff of around 500 employees. Last year it made 450,000 shipments, with sales reaching €152m. Its newest branch opened in Barcelona, Spain, in July this year.