Ford will start making Ranger trucks in Nigeria from the fourth quarter of this year at a facility in Ikeja, the latest carmaker to announce production in the country following Nigeria’s introduction of a new automotive industry development plan late in 2013. 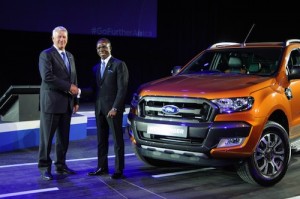 It is the first country African country outside of South Africa in which Ford will be making vehicles. Production will be based on the supply of semi-knockdown (SKD) kits from Ford’s Silverton facility in Pretoria, South Africa.

The new assembly plant in Ikeja, which is 750km southwest of the Nigerian capital Abuja, has the capacity to assemble up to 5,000 units annually. Vehicles assembled there will be for sale in Nigeria only.

The carmaker is partnering with its dealer group Coscharis Motors on the project.

The Ford Ranger was the best-selling vehicle South Africa for the first half of 2015, and is currently sold in 24 countries throughout the continent.