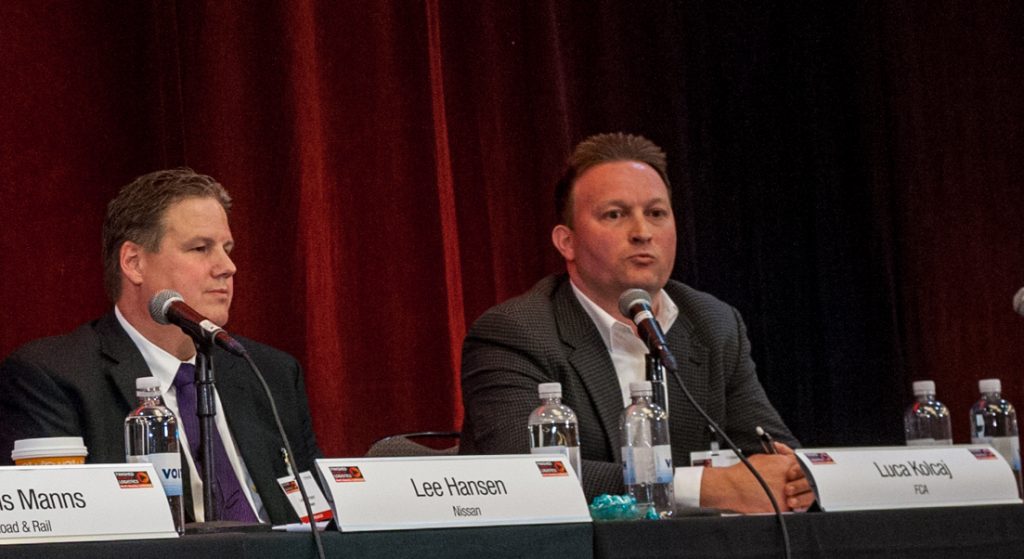 It seems the perennial problem of finding adequate haulaway capacity in the US outbound vehicle sector has been solved, at least for now, if comments from executives at Fiat Chrysler Automobiles (FCA) and Nissan at this week's Finished Vehicle Logistics North America conference are anything to go by.

Previous debates at the conference in California have focused on the shortage of capacity for road and rail transport, while logistics providers have consistently called for better rates from OEMs to support investment. That investment has now been made by many across the industry and better optimisation means it is easier to find the trucks needed to deliver the vehicles, whether domestically, or to the ports for export.

“I haven't been in a situation yet this year where I needed a truck and I couldn't get it," said Luca Kolcaj, manager of finished vehicle operations at FCA US, adding that he had seen considerable investment across road and rail over the past three years to address such issues. “There is capacity out there and as we optimise the network and drive the inefficiencies out, it frees up additional capacity.

“I'm sleeping a lot better at night compared to 2014, when weather and rail capacity issues kept me awake all night very often," he added.

Lee Hansen, senior buyer for vehicle logistics at Nissan North America, underlined just how much the situation had improved from two years ago. “For the US, the capacity is out there,” he said. “We have several carriers that we work with and they have come to us with new ideas and driven out inefficiencies. Two years ago it was a nightmare just trying to get the capacity to get our vehicles out, but it is there now.”

Hansen did acknowledge there were still struggles at the end of every month, but said the situation was much improved.

For the carriers, inconsistency remains a problem, with huge variability in vehicle releases causing headaches.

In Mexico, however, the situation varies by manufacturer. Kolcaj maintained that there were no serious problems for FCA with capacity there either, though that is down to the fact that it predominantly uses rail, while its domestic sales in the country are relatively low. The carmaker recently introduced Jeep production at its plant in Toluca, which has required the use of more bilevel rail wagons, but Kolcaj suggested the transition was expected to be smooth, while the company was not adding new elements to the network.

FCA does use truck for the movement of its ProMaster van, built at its plant in Saltillo, in the north of the country, which he said had been a successful option – although FCA would soon have more short-sea options as well.

“For the ProMaster we use a flatbed,” he said. “We have a great partner down there that has been extremely successful.”

Kolcaj said he could foresee greater use of trucks for the movement of vehicles to ports in Mexico, too. “With the short-sea initiative we are going to be using haulaway a little bit more, but we haven't seen any shortages,” he said. “In the future, as we continue to grow and use short-sea and direct truck, there may be a need for investment – but at this time there is not.” 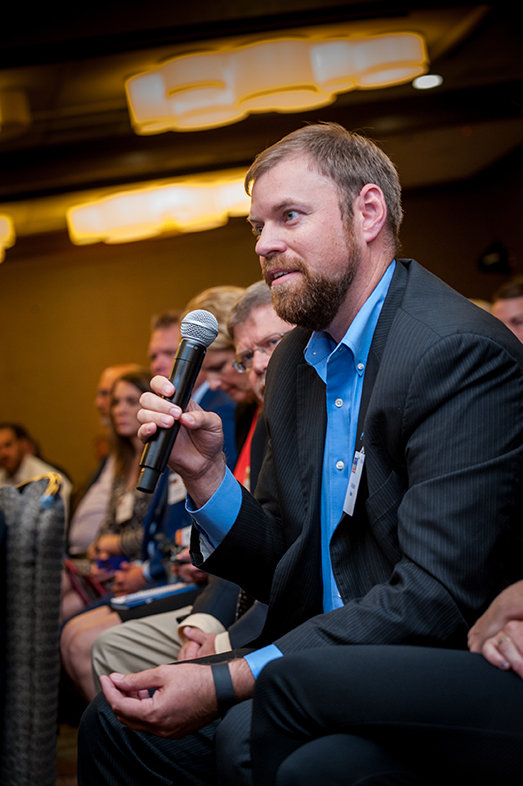 Nissan's Kirk Watson said Mexico was facing a truck shortage, which has been hurt further by a devaluation in the peso

Nissan has a different take, as the carmaker has felt the effects of a car carrier shortage in Mexico, especially as domestic car sales rise (rail is not typically used to move vehicles bound for domestic consumption within Mexico). Nissan is the market leader in Mexico for both production and sales.

“The capacity for domestic Mexico is tight,” said Hansen. “We saw that when we tried to do our last bid to get the capacity we need there. With the volumes growing in Mexico, Nissan needs more capacity.”

That tightness needs to be addressed with greater investment, but it is not forthcoming at the moment, according to Hansen's colleague at Nissan, Kirk Watson.

“One of the biggest risks to the network in Mexico is haulaway capacity,” said Watson. “When we talk to our carriers in Mexico, they are reluctant to add more trucks to the network because of the peso devaluation. They buy all their assets from the US and they have seen a 40% devaluation [in the peso versus the dollar]. The equipment they are buying is costing a lot more money now and there is a wait-and-see attitude as to whether the peso will recover before they buy more trucks."