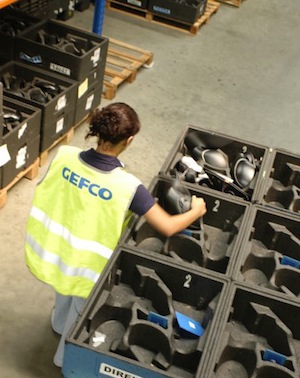 Transport and logistics provider, Gefco, has strengthened its regional position in Central Europe by setting up an operation in Serbia.

The company is now providing services between the country and the European Union, Russia and Turkey, all of which have free trade agreements with Serbia. Gefco also said it is providing time critical delivery services and a rail link to its service between China to Germany, which has a 20-day transit time.

“The geographical position of Serbia makes it a strategic country for Gefco,” said Lachezar Roubchev, Gefco Serbia’s general manager. “We are already partnering with local operators as part of our international flows. We want to further tap into the potential of the country and the area being closer to stakeholders with activities here.”

A spokesperson for the company added that the list of local operators includes small- to medium-sized carriers with a total rolling stock of more than 400 trucks.

“All the companies we do business with meet our corporate standards and have the necessary capacities to support the required supply chain,” the spokesperson told Automotive Logistics. “We also secure our business partners from risks caused by the continuously changing market. Our suppliers get an opportunity to operate without any problems throughout the group, and participate to the business in other parts of the world through CMS (carrier management system), a special internet platform system, developed by Gefco.”

While the company would not reveal any of its automotive customers in Serbia, it did say that it had ongoing partnerships with a number of automotive suppliers and its intention was to expand and strengthen those relationships.

More generally, Gefco said that Serbia’s growing economy and prospects across various industry sectors was one of the reasons it chose to set up business there. Gefco’s spokesperson also pointed out that the company had been working in the Balkans region for more than ten years.

“We have subsidiaries in Romania, Bulgaria, Croatia, Slovenia and Greece,” said the spokesperson. “By being present in Serbia, the third biggest market of the region, Gefco is reinforcing its footprint in this high potential area and strategically moving forward.”

Serbia is currently modernising its 3,800km rail network, as well as making improvements to its roads.

“As a company with a unique expertise in the management and optimisation of complex supply chains, we are happy to support Serbia’s projects for industrialisation and foreign trade development,” said Luc Nadal, chairman of the management board of Gefco Group. “Efficient logistics is a key contributor to the growth of gross domestic product in a country like Serbia.”