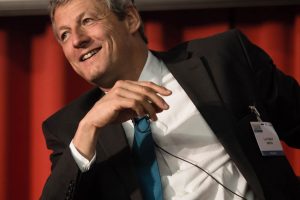 Transport and logistics provider Gefco generated turnover of €4.2 billion ($4.75 billion) during 2015, up 3% on the previous year.

The group, which expanded its customer base and made a number of acquisitions during the year, enjoyed a 9.5% rise in revenue from international industrial customers, according to its latest annual report, released this week.

At the same time, however, earnings before interest, tax, depreciation and amortisation (EBITDA) fell 18% to €131m. The company put this down to the decline in oil prices and the economic crisis hitting countries such as Russia and Brazil. Difficulties experienced by carmakers in Latin America and Russia were the key reason for the setback, it said in a statement.

Nevertheless, Gefco said it had maintained its position among the top ten European logistics integrators as well as its number one status in Europe for finished vehicle logistics.

“Gefco achieved good results in 2015 in an unsteady global economic context and succeeded in further enhancing its position of global logistics solutions provider,” said Luc Nadal, chairman of the board. “The group expanded its international footprint by opening new countries and acquiring the Dutch company IJS Global, whilst broadening its offering in freight forwarding and its customer portfolio.”

Gefco also signed a contract last year with Ferronordic Machines for managing multimodal flows across Russia of high and heavy equipment made by Volvo Construction Equipment.

The company attributed the growth in business to its strategy of diversification in both the automotive sector and other areas, such as industrial. That diversification is set to continue and will probably be enhanced in terms of more automotive customers when PSA sells its remaining stake in the company to Russian Railways, which already owns 75% of the business.

Highlights in 2015, said Gefco, included the multimodal transport plans it designed and operated for Schneider Electric in Europe and the Balkans, for Alstom Transport between France and Kazakhstan, as well as for Eska Graphic Board, a Dutch manufacturer and exporter of high-end graphic cardboard, from the Netherlands to the rest of the world.

It also set up an office in Serbia last year, providing services between there and the EU, Russia and Turkey, all of which have free trade agreements with the country. Gefco is providing time-critical delivery services and a rail link between China and Germany, which has a 20-day transit time.https://automotivelogistics.media/news/gefco-opens-subsidiary-in-serbia

In the first quarter of this year, meanwhile, the company has started trial shipments of vehicles in containers between Europe and China.

For more on Gefco’s plans, see the next edition of Finished Vehicle Logistics.

See the next edition of Finished Vehicle Logistics for more on Gefco's plans going forward. business in the UK.