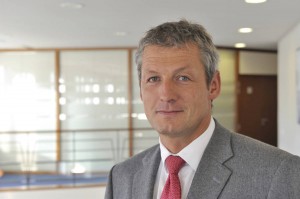 Gefco has released financial results for 2014 that show a turnover of €4.1 billion ($4.4 billion), a 1.5% rise in turnover on the previous year. According to the transport and logistics provider current operating profit stands at €105m, a 10.5% increase on 2013.

Gefco executives highlighted the strength of the results in spite of several weak economic factors. However, the revenue growth was well short of its target for €4.5 billion this year. Last year, Gefco announced a target of €8 billion by 2020.

"Gefco achieved satisfactory results in the past year, considering the current challenging climate,” said Luc Nadal, chairman of the Gefco management board (pictured).

The company did release yet its net profit figures for 2014, citing a special item that needed to be accounted for. In 2013, net profit was €58m.

Gefco was owned by PSA until 2012, when the French carmaker sold 75% of its stake in the logistics provider to RZD Russian Railways. PSA remains the company’s largest customer, as Gefco maintains a global, dedicated contract for most of PSA’s logistics operations.

In 2012 Gefco also signed a contract to be the dedicated fourth party logistics provider (4PL) to General Motors in Europe, including Russia.

Despite its pedigree and significant services across many aspects of automotive logistics, the company is clearly making efforts to diversify services beyond the sector as well as its two largest customers. Nadal pointed to 10% growth among its industrial logistics business outside of PSA and General Motors.

According to Gefco, it had expanded its portfolio of market clients by 10.6%. Non-automotive clients made up 29% of revenue in 2013. It has signed major contracts with Panstar and World Duty Free Group in Spain, for example, and with Turkish dental equipment maker Sirona Dental. It has also recently signed a contract with global bearing and industrial parts supplier Timken in Romania.

The company also made gains in other sectors, including electronics, consumer goods, aeronautics and industrial goods.

That said, Gefco reported that it had maintained its number one status in Europe for finished vehicle logistics, though no figures on the revenue generated from this sector were made available. However, Gefco would have benefited from a return to growth in the European Union, where PSA’s sales increased 3.7% to 1.39m; while GM’s overall sales in Europe fell 4%, mainly following the pullout of its Chevrolet brands in the region, Opel/Vauxhall sales were up 7% to 885,000.

Sales in the first quarter of 2015 have shown a stronger recovery in Europe, up 8.5% compared to last year. This past week, PSA announced that it would temporarily increase output in France by 10%, a move that will directly benefit Gefco.

Things have been more difficult in Russia recently, however, following a downturn last year that has now turned into a severe crisis. GM, which has been Gefco’s biggest customer in the country, has already announced that it would pull most manufacturing out of the country and Peugeot Citroën’s joint venture with Mitsubishi – PCMA Rus – has idled production between April and July.

Those decisions followed PSA’s move to cancel rail shipments of parts and CKDs from France and wider Europe to the Kaluga facility, which Gefco handled.

Despite these setbacks, Gefco has continued to look at other opportunities in Russia together with its major shareholder. The company said it had sped developments in Russia and the Commonwealth of Independent States (CIS) by creating a dedicated geographic zone – the 1520 zone, which includes Russia, Ukraine, Kazakhstan and the Baltic states. To look after this zone the company has formed a cluster of 50 logistics experts based in Moscow. The company said that its diversification strategy had been particularly successful in the 1520 zone, with 350 new contracts signed in 2014.

It has also established a door-to-door rail transport service between Asia and Europe connecting the Chinese rail network with Russia as well as countries including Belarus, Germany, Hungary, Kazakhstan and Uzbekistan.

As reported in February Gefco has seen growing automotive interest for a Europe-Asia rail service. Since Russian Railways (RZD) took majority control of Gefco in 2012, the companies have been targeting trade between Europe and China, including across the Trans-Siberian Railway, with Gefco expected to use its global network of customers to drive traffic across RZD’s infrastructure.

Elsewhere in its business, Gefco has also seen difficulties in its French groupage business, a segment that has shown consistent losses. Nadal said during a press conference that Gefco would cut around 500 jobs in the segment, without closing any depots.