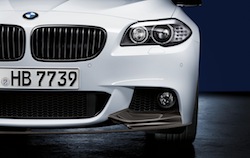 BMW and Volkswagen have moved up in the annual ranking of the top 25 supply chain organisations in the Europe, Middle East and Africa region, compiled by research and advisory firm Gartner. BMW has moved up from ninth position to sixth, while the Volkswagen Group has made a bigger leap, up from fifteenth to seventh.

Gartner compiles its ranking according to financial data and industry opinion derived from peer voting. For the financial half of the calculation, three KPIs taken from publicly available data are taken into consideration, including revenue growth, return on investment, and assets and inventory turns. Those numbers are prorated and weighted over the last three years. The opinion half of the calculation is made up of market and analyst views.

“The companies that you can vote for are based on the Fortune 500 and Forbes lists but with bodies such as the financial institutions and airlines excluded, that is, all the industry sectors that do not have core supply chains,” explained Christian Titze, research director at Gartner. “This year we had between 260-270 companies to be voted on. We had 40 analysts that voted and nearly 400 peers.”

A final, important aspect of the ranking is based on the ability of the companies involved to communicate their supply chain excellence, according to Titze.

Supply chain excellence is combined with leadership and the ability to communicate supply chain innovation with the wider supply chain community,” said Titze. “There can’t be an opinion if you don’t share what you are doing. It is not only about being efficient it is also about sharing your insights and gaining from other companies and industries, so you can adopt and learn.”

BMW said it saw the result as an acknowledgment of its intensive collaboration with its suppliers. [sam_ad id=6 codes='true']

“We see our suppliers as are our partners,” a spokesperson for the carmaker told Automotive Logistics. “A functioning supplier network is crucial to the success of the BMW Group. We seek long-term cooperation with our suppliers.”

According to the company, two thirds of all parts used in its cars come from suppliers, indicating that they played “a decisive role” in the development and production of its vehicles.

“Many of our suppliers are also development partners,” said the spokesperson. “This means that we involve them at a very early stage of development processes.”

Gartner’s voting is conducted on a global scale from which regional and industry-specific rankings are derived. Gartner released the top 10 automotive industry cut in August this year (see table).

Earlier this year, Ford made it into the Gartner Supply Chain Top 25 global ranking for the first time, reaching number 22 in June, up from 26 last year and number 51 in 2011. It is the only carmaker in the top 25 and has been the highest placed carmaker for two years in a row (agricultural and construction machinery maker Caterpillar is ranked at number 18).