German freight expeditor time:matters has said the 92% increase in automotive sector-related revenues it reported last month was the result of an increase in network coverage in the US and Mexico, along with a renewed focus on the automotive sector for same-day delivery and emergency logistics. 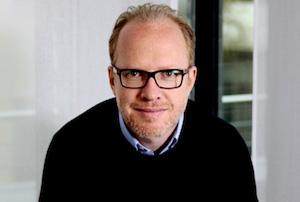 German freight expeditor time:matters has said the 92% increase in automotive sector-related revenues it reported last month was the result of an increase in network coverage in the US and Mexico, along with a renewed focus on the automotive sector for same-day delivery and emergency logistics.

Speaking to Automotive Logistics last week, the company’s CEO, Franz-Joseph Miller (pictured), said demand for services had been strong, especially in the automotive and semi-conductor (semicon) sectors, though growth in the former was more than twice the 44% growth seen in the latter.

“We started focusing on the automotive industry a lot more a couple of years ago, having realised that there is a big need for management and support in urgent spare parts delivery,” said Miller during the Transport Logistics trade fair in Munich, Germany, last week. Around 30% of the time:matter’s business is now in automotive spare parts.

What is significant is that, while emergency logistics in general accounts for about 50% of the company’s overall volume, on the production side much of this is planned, rather than improvised.

“We do a lot of planned emergencies where we just have structured processes in place for our customers in case an emergency happens,” explained Miller. “It is not all ad hoc driven business. Especially after the volcano [in Iceland in 2010], that is what a lot of companies realised – that it makes a lot of sense to preplan emergencies.”

In terms of regional coverage, China, Mexico and the US are in focus, with automotive doing well in all three.

“We use El Paso but we also move to Aguascalientes and to Mexico City,” said Miller. “There is a lot of automotive industry in Mexico, a lot of international players there, so it is very interesting for us.”

The company grew by more than 35% in the first quarter of this year. “It is extremely strong right now and a significant part is from the automotive industry,” said Miller, adding that this came from growing with existing customers to new areas, including Mexico.

Digitising emergenciesMiller said another important facet of its focus on automotive services was investment and development of IT, notably in Europe and China. While not providing a figure, he said time:matters had invested a seven-digit sum in the latest technology and the experts to use it.

“One of the key things we are doing is that we are digitalising processes, which differentiates us significantly from other players in the segment of emergency logistics,” said Miller. “It makes it easy and transparent for the customers to work with us. If you look at the emergency spare parts delivery segment, a lot of it is very fragmented and there is a lot of manual work with a lot of players.”

This month, the company automated the tracking process for its shipments, something it said would provide a number of operational advantages, including the fact that information on a shipment’s status, which previously had to be compiled manually, could now be automatically generated using a web app.

Courier partners are linked with time:matters’ booking system via a direct interface, meaning couriers can receive information on shipments directly and can enter the details of the delivery process directly to time:matters’ system. The information is compiled by the courier in the web app and sent immediately to the customer.

Earlier this year, it also launched ‘time:matters airmates’, a software based platform of on-board courier services into which customers can input their shipment details and receive a complete quote in less than a minute before making an immediate online booking.

Miller said that as an asset-free company, a key advantage it had was people in IT and that the company had grown that workforce in the first quarter of this year by more than 20 people (its overall workforce is 160-plus).

The power of publicitySomething else that has helped drive up automotive revenues, especially with the German OEMs, was last year’s top innovator award from VW Group, he said.

“VW will increase the amount of business it does with us as an award winner and, of course, that award gets recognised by other players because it indicates there is something special about the positioning time:matters has to offer,” said Miller.

Miller would not reveal who those other players were but further announcements in the second half of the year are expected to include other German OEMs.

“For John Deere, we have won the award three years in a row now,” acknowledged Miller. “It gives you a lot of visibility in the group. A lot of corporate business is about building trust in the relationship. I think it is very useful to get that attention.”

While part of the Lufthansa Cargo business, however, time:matters retains its ability to work with a wide number of other service providers.

“We work with more than 25 airlines now,” said Miller. “Even though we are now owned by Lufthansa we are completely independent. We work with other players like Air France or Turkish Airlines, so it is what suits the customer best and in that sense we are not selling a product to a certain industry but rather solutions that are based on our tech platform.”

Miller said being part of the Lufthansa Cargo group meant time:matters got more sales access and an increase in the available network, while Lufthansa got access to a high-growth business that was asset-free, which is very different from its own model.

“I think it is a good symbiosis of business models and potential synergies,” he commented.

The company provides a Sameday Air Network, which ships in 24 hours internationally, something that is also of use to the automotive industry. Last year, it extended it to the US with the inclusion of United Airlines into the network.