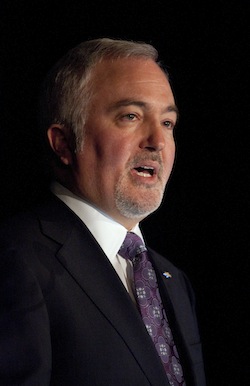 GM has said it will expand its engineering and software development work at a facility in Ontario, Canada. The Canadian Technical Centre will play a leading role in the development of the next generation of connected, autonomous and alternative-fuel vehicles, according to the carmaker. The expansion is expected to create more than 700 jobs.

“GM’s decision to develop next-generation vehicle technologies in Ontario is a vote of confidence in our province’s highly-skilled workers and strength as an innovation hub,” said Kathleen Wynne, premier of Ontario. “Our government welcomes this investment, which will help Ontario play a leading role in building the auto industry of the future.”

Ontario is the first Canadian province to allow on-road testing of automated vehicles.

In addition to the investment in engineering, GM will build a major software development centre in Markham, and upgrade its cold weather testing facility in Kapuskasing, doubling the length of its test track.

“GM selected Ontario to be a key software engineering hub for the future because of its wealth of talent and focus on innovation,” said Stephen Carlisle, president and managing director, GM Canada. “Ontario is a leader in STEM graduates, artificial intelligence and mobile security and has shown its commitment to taking a regulatory approach that enables innovation.”

Between 2009 and 2016, GM committed to investments totalling $850m in research and design in Canada.