GM pulls Opel out of Australia 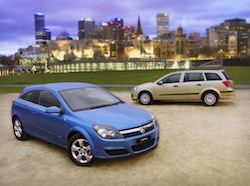 General Motors has announced it will stop Opel distribution in Australia, less than a year since it introduced the brand to the market, stating that business is “not financially viable”. The company said that the decision was taken by Opel in Germany and that it is winding down its sales network in Australia with immediate effect.

“In order to be competitive, Opel Australia would need to follow recent competitor price reductions and significantly reposition the price of its core volume models,” said the company in a statement. “These changes, combined with the continued investment required to ensure brand awareness, result in a business which is not financially viable for any of the parties involved.

Astra, Corsa and Insignia models were launched in Australia in September 2012 to compete in the light, small and medium segments, which account for around 70% of Australian passenger car sales. However, Opel sales did not reach 1,000 in the first half of this year (with only 540 sold in 2012). The Cascada model was also due to go on sale there from 2014 but this plan will also be shelved.

Opel had set up 20 dedicated dealerships for the sale of its vehicles, supplied from plants in Germany, Spain and the UK.

The company said it would look at the potential for future GM Holden-badged “niche product”, though a spokesperson for the company told Automotive Logistics this was still undecided.

GM Holden recorded sales of 57,000 vehicles in the first six months of this year (from 61,000 over the same period last year).

Opel Australia said it is working closely with employees, dealers and suppliers to manage the closure process “in an orderly and responsible manner”.

This latest withdrawal follows the announcement made at the end of May this year that Ford was pulling manufacturing out of Australia from 2016 after 90 years in the country. The company has lost approximately A$600m ($574m) over the last five years, with a strong Australian dollar also contributing to operating costs. Ford, however, will continue to import and distribute vehicles through its 200-strong dealer network.

Help for the Australian supply base
The Ford announcement prompted the Australian federal and Victorian governments to make available A$12m ($10.7m) in funding for the automotive supply base. A further A$7.3m was announced August 5th as part of the joint Australian, Victorian and South Australian government funding initiative called the Automotive New Markets Program (ANMP). The programme is designed to help companies capture new business opportunities in domestic and overseas markets. Applications have also opened for firms to apply under a third round of the ANMP initiative.

Carr said it was essential that Australia maintained a strong automotive supply chain in Australia by providing opportunities to expand their product and market base.

"The grants of up to $1m each will enable innovative firms to develop new products, introduce new technologies and grow markets in Australia and overseas for automotive and non-automotive sectors," he stated.

The ANMP is part of the $47m Automotive New Markets Initiative. Further information, including a list of grant recipients, can be found at www.innovation.gov.au/anmp.

This week the Federal government also announced a further $200m funding boost for Australia’s car industry designed to increase sales of locally made cars. It will be shared between Holden, Toyota and Ford.