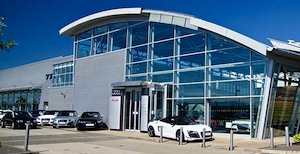 US dealer, Group 1 Automotive, has bought the Spire Automotive Group, which has 12 dealerships operating in the greater London area, for an undisclosed sum. At the same time it has announced the divestiture of three of its US dealerships and made several senior management appointments.

At the same time the company has shed three dealerships in the US, which included Mercedes-Benz and Volkswagen of Freehold, New Jersey, and Ira Toyota of Milford, Massachusetts. In total, these dealerships generated approximately $160m per year.Group 1 owns and operates 162 automotive dealerships, 212 franchises, and 37 collision centres in the US, UK and Brazil.

"We continually evaluate our portfolio of dealerships relative to required future capital expenditures and current levels of return on investment and move to dispose of assets that do not offer appropriate returns on invested capital," said Hesterberg.