It has not been an easy couple of years for India’s trailer fabricators, with poor volume and stiff competition. Even as the country seems to be moving towards a standard length, the industry is in need of more focus on quality, as well as efficient and safe designs. 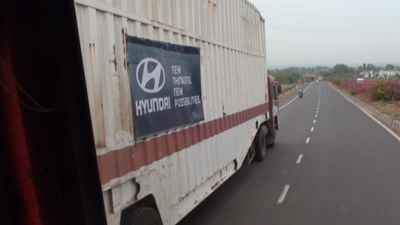 The news that the Indian government is moving into the final stages of choosing a standard for its country’s car carrier vehicles is certainly welcome. However, for some trailer fabricators and logistics providers, it may be too little, too late, following several years of weak volumes and scrapping equipment. At the same time, addressing the size of carriers may only be a first step towards fixing chronic issues in equipment’s poor design, inefficiency and high damage rates for vehicles.

For Ashok Hissaria, the owner of Indian car carrier and trailer fabricator, Tippers and Trailers, the poor economy has hurt his business badly, and he’s started to look toward greener pastures. Ever the entrepreneur, Hissaria has recently been focusing more on a roofing venture.

“The longer I stick to fabrication of car carriers, I would be buried alive 100%,” he tells Automotive Logistics. His margins have shrunk below 5%, he says, and he will have to shutdown a workshop in Gurgaon.

Amit Chandwar, director of Jaipur-based KM Trans, adds that the business has become untenable for a number of providers. “Due to the recession of the last 3-4 years, a very small quantity of carriers had been inducted and a large number of carriers have or will be scrapped.”

Companies like Tippers and Trailers have also been hurt by competition from above and below, with European trailer manufacturers, such as Rolfo and Lohr, entering the Indian market. At the same time, they are undercut in price by ‘roadside fabricators’ who work without fixed sites and evade state taxes – but whose quality is questionable. According to Hissaria, the popularity of this equipment has forced everyone to compromise on the materials and designs in fabricating carriers.

Hissaria estimates that car carrier owners have scrapped nearly 2,500 vehicles in India over the past three years. And until volumes pick up substantially, excess supply is likely to cover modest rises in demand for carriers. Even as the average age of equipment rises, few companies are plumping for new equipment.

If anything, he says, companies are looking for every shortcut. Some fleet owners, it is alleged, have gone to the remotest Nagaland to get their old vehicle registered with new numbers.

The uncertainty over whether to use the 22-metre or 18.75-metre standard has only restrained the replacement market further. 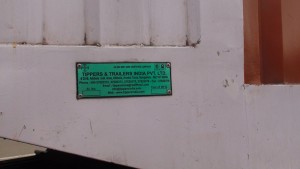 Hissaria believes India’s homegrown fabricators will die a natural death. “Ultimately the small people will die and multi-nationals will take over. They will dictate pricing and car manufacturers will willingly pay them.”

Gurpreet Ahluwalia, director at Seamless Autotech, another fabricator, is not as pessimistic. “Though vehicle dimension has not been sorted out, we are sailing through fine,” says Ahluwalia.

However, he sees trouble ahead. His order book is nearly full, but mostly with requests for 22-metre equipment, even though he believes that 18.75 metres may become the official norm. When it does, however, he does not envision a rush of new orders and modifications; logistics companies will more likely look to roadside vendors for cheaper work.

Hyundai wants carriers to shape up

However, not all OEM executives are satisfied with the trend towards cheaper materials and designs. Hyundai Motor India's Anand Venkateswaran, head of sales logistics, would like to see the industry move towards more efficient designs that will reduce fuel costs and damage.

“Unfortunately we do not have an adequate number of reputed body builders,” he says, citing Tippers and Trailers and Seamless Autotech as exceptions. “By and large you will find most of the car carriers are fabricated on the roadside in Delhi and other areas, and they are not built to the appropriate material quality; that’s one of the reasons why the trailer or the truck looks in extremely bad shape within less than five years.”

According to Venkateswaran, India’s poor roads and rugged terrain require strong equipment, but there should also be innovation towards open or netted trailers, as opposed to the fully enclosed versions used almost exclusively today in India. “Today you have vehicles made of steel with side curtains and so on. This may not be adequate considering the ruggedness of use that it is put to,” he explains. “So we would need a thin kind of sieve to be on both sides and also on the top if required to make the vehicle lighter and more fuel efficient.”

Despite the current preference for closed trailers, Venkateswaran believes that an open design secure enough to prevent theft or pilferage would still be effective. “We need not require a thick steel structure on all the sides and that is where I would look at newer designs and technology,” he says.

"You will find most of the car carriers are fabricated on the roadside in Delhi and other areas and they are not built to the appropriate material quality; that’s one of the reasons why the trailer looks in extremely bad shape within less than five years" - Anand Venkateswaran, Hyundai Motor IndiaVenkateswaran is also concerned about the tendency for carriers to tip over. “The reason is because the centre of gravity of these vehicles is very high, and it is easily pushed to one of its sides. In fact, during the last cyclonic effect in Andhra Pradesh we had [carriers] parked one behind another, three vehicles in tandem just to ensure that they did not get into trouble, and they were blown off by just wind. We lost 30 cars through no fault of the driver.”

There have also been troubling instances of vehicles bursting into flames, which Venkateswaran attributes to defective electrical work. “Most of the drivers use the battery as a source of power for actuating the hydraulic motor and the decks of the vehicle. They use naked clippers on the positive and negative terminals of the battery and there are sparks, which if done without proper insulation can become a point of explosion.

“The driver does not even realise it before the whole vehicle bursts up into flames. We have seen that happening many a times both in transit and at a dealer destinations also,” he adds.

These examples suggest that, once the job of setting an official length for carriers is established, the sector is in need of further modernisation in design and operations. Venkateswaran is adamant that such designs should come from logistics providers and fabricators, rather than OEMs. Hopefully India’s best and brightest will remain in the game long enough to do so.

For more on developments and regulation of Indian car carriers, read here.