Impasse over cost versus quality in China 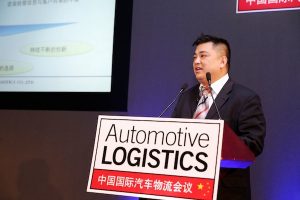 Logistics providers in China have complained that carmakers are squeezing their rates despite rising transport and labour costs across the country. However, officials and executives point to dishonest practices and the need for greater transparency.

Speaking at the Automotive Logistics China conference in Beijing, Chen Gang, vice-president of Changjiu Logistics (left), said that even as OEM cut costs, they are stringent in their demands for the highest quality and data accuracy.

“They ask you to minimise the cost all of the time but don’t do it with justification or a concern for the impact of cost reduction on quality,” said Chen. “They just give a target every year, such as a 10% cost reduction, without good reason.”

Logistics providers have to face up to the challenge and sometimes are not compliant with laws and regulations as a result, he added. Examples include frequent overloading of trucks and the use of non-standard equipment to keep costs low.

Manufacturers also pass on the impact of production variation resulting from sudden market fluctuations regardless of the impact on their providers. Chen sighted the recent example of one client who demanded he recruit 200 members of staff to deal with a spike in output but shortly afterwards asked him to fire them all as production declined.

The pressure on logistics providers was born out in part by official data. Wang Huimin, vice-president of the Economic Operation Bureau at the National Development and Reform Commission (NDRC), revealed that average margins in the sector last year were around 4%, well below those of other industries.

But she also admitted that the logistics market was in need of modernisation, which is part of what keeps costs high and operations inefficient. In particular, she pointed to the need to further open up the market, breakup monopolies and create a more level playing field.

She also admitted that there was a lot of corruption across the logistics industry. “There is a lot of dishonesty in the market,” she said. “We need to clean up operations and add regulations.”

Manufacturers at the conference also complained about poor practices and a lack of standards. Xu Guangqing, managing director of logistics engineering and operations at Shanghai General Motors, referred to the overloading of trucks for example as a damaging and “very unsafe” for the industry. “It’s a bad situation,” he said.

Others also complained about a lack of transparency for logistics costs. Jack Huang, director of supplier development, MRO purchasing and logistics at Magna International China, said that he had never received a clear breakdown of pricing from the logistics providers the company dealt with.

Huang called logistics costs in China a “blackbox”. “When can we expect Chinese LSPs to provide a clear cost breakdown?” he asked.

Chen countered that OEMs often demanded a nearly “open book” policy of a logistics provider’s accounting, costs and spending. He said that such intrusions made it very difficult for providers to run operations effectively.

“Some of the quotation requirements are incredible,” he said. “So much detail is demanded and a total transparency. The information required includes management costs and they will complain about that.”

A live recording of the discussion from Session 4 of the conference is available here.