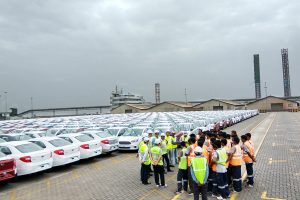 The mood music coming out of prime minister Narendra Modi’s government with its ‘Make in India’ campaign seems to be borne out with real improvements on the ground.

The latest World Economic Forum's rankings of country competitiveness see India as one of the big climbers, with a jump of 16 places to 39th among the 138 countries surveyed when compared to last year.

The improvement follows an equally impressive climb of 19 places to be ranked 35th of 161 countries in the World Bank’s 2016 International Logistics Performance Index (LPI), a biannual survey published this past summer.

India’s performance outpaced other notable emerging and developing markets, notably China, which did not progress on either measure. Meanwhile Brazil, the other major growth economy that has struggled with its efficiency, has seen improvements in its logistics performance, though slippage in its overall economic competitiveness.

India’s policy and operational challenges for OEMs, tier suppliers and logistics providers will be the focus of the Automotive Logistics India conference, being held in Delhi on November 9-10th. A gathering of senior executives will come together for networking, discussions and doing business at the 10th annual event, a part of the global Automotive Logistics series of events. 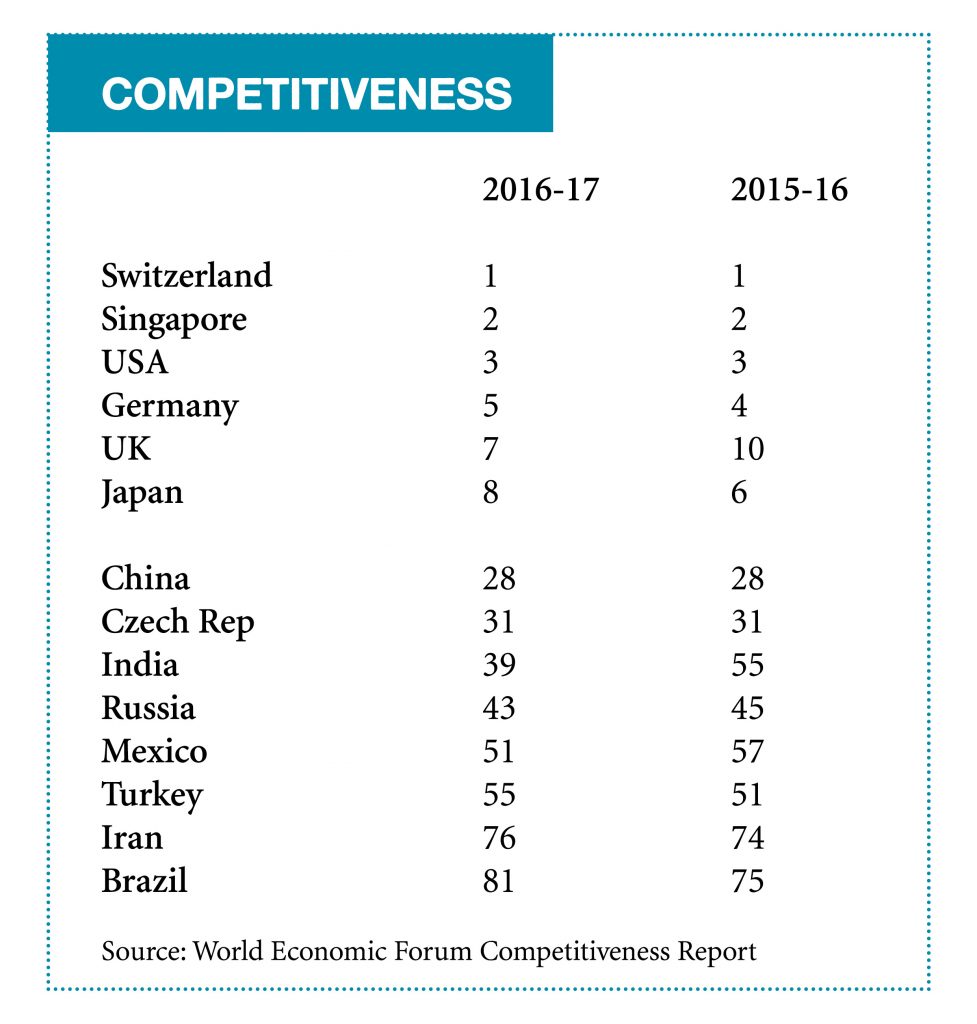 Switzerland, Singapore and the United States remain the three world’s most competitive economies, according to the World Economic Forum.

Overall, South Asia continued an upward trend for competitiveness across most economies in the region, according to the WEF report. The region, which is experiencing positive economic momentum, is set to grow more quickly than China for the first time in more than 20 years this year. Over the past decade, the WEF notes that the subcontinent has focused on improving overall health and primary education levels and upgrading infrastructure, areas of particular importance

for future diversification and preparedness given the resource-driven nature of the regional economies.

India leads the group of South Asian economies, climbing to 39th with improvements across the board, including institutions and infrastructure (42nd and 68th), which have been particularly important in increasing overall competitiveness.

The World Bank ranks logistics performance on six criteria – infrastructure, customs, international shipments, track and trace, timeliness and what it calls ‘logistics competence’. The assessments are across all industry sectors, so are not specifically focused around automotive.

Noteworthy for India is the fact that its infrastructure was reckoned to have improved from 58th best in the world to 36th. Its best individual performance was on timeliness.

These indicators could improve further when the country’s long-awaited imposition of a nationwide common GST (Goods and Service Tax) sweeps away inter-state customs borders. The tax is due to be applied from April next year, though still faces a number of legal and bureaucratic hurdles.

Elsewhere in the survey, Iran is included for the first time, as the country opens up to inward investment. Its 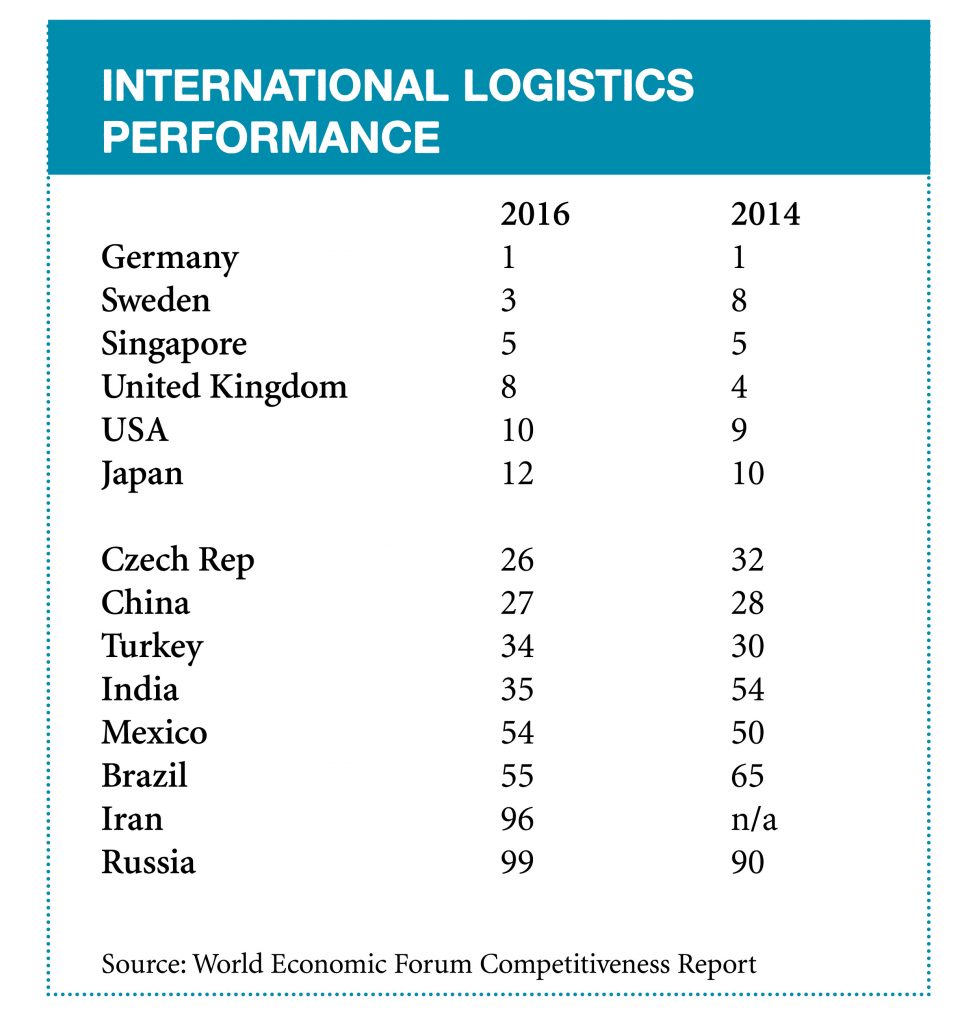 Russia’s woeful customs authorities are a key part of that country’s slippage in the logistics performance rankings. The latest measure assesses customs as 141st in the world, down eight places from the previous survey and beaten to 140th place by Eritrea.

The International LPI focuses mainly on import and export logistics and processing. The World Bank's domestic LPI comparison, while not available as a global ranking, looks more carefully at internal infrastructure. This measure puts India considerably behind China and other emerging markets on a number of scores. For example, the average distance to an export port or airport in India is 231km, compared to 130km in China.