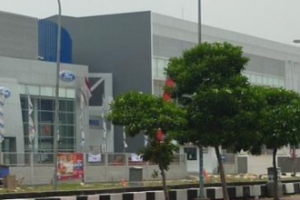 Ford in Indonesia could be facing a legal claim if it does not pay disgruntled dealers $75m in compensation for withdrawing all business from the country, which it plans to do by the end of this year.

In January, Ford announced it was stopping all operations in Indonesia and Japan, including sales and imports of Ford and Lincoln vehicles to the countries, in the face of weak market share of just 0.6%.

Ford Asia Pacific’s vice-president of communications, Karen Hampton, said: “There is no path to sustained profitability, nor will there be an acceptable return over time from our investments in Japan or Indonesia.”

Reports in a number of Asian news sources now indicate that six dealers, who had invested millions in property and are now faced with making redundancies, have made repeated requests for compensation this month.

At a press conference held in the Indonesian capital Jakarta on Monday (June 27th) six dealers who collectively oversee 31 outlets handling car and aftermarket sales said they had issued a warning letter demanding compensation for the losses they incurred as investors. It is the second such warning letter issued by the men, who said they had invested millions in meeting Ford’s previous demands to open more dealerships despite slowing sales.

Last year the carmaker sold around 6,000 vehicles in Indonesia but it does not produce vehicles in either country, though it does have shares in Mazda, which it is reported to be maintaining, according to a Reuters news source.

According to a report in the Jakarta Post, the dealers said they collectively accounted for some 85% of Ford’s total sales in Indonesia last year across the 31 sales centres (out of a total of 44 there).

Quoted on Channel News Asia, Andee Yoestong, owner of 11 dealerships and chairman of the Ford Dealers' Council in Indonesia, said it was unclear how long Ford had had its plans to halt its operations there. “We really struggled in 2015 because the volume of units supplied was not enough. The reality is that we suffered losses in 2015,” he said.

A spokesperson for Ford’s business in the ASEAN region told Automotive Logistics: “We're continuing to engage with our dealers to implement our plan to exit Indonesia later this year. Through this transition and following our exit, our priority remains ensuring our customers continue to receive service, parts and warranty support.”

Earlier in the year, Ford said that as it worked through the closures its priorities would be to ensure it treated employees and dealer partners “with respect and support” during the transition.