‘Insane’ ideas for solving the crunch in used car deliveries 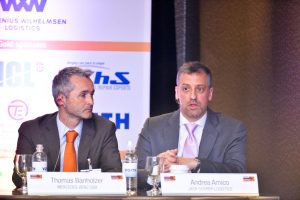 While the first quarter of 2014 was bad for new vehicle deliveries as a result rail capacity issues and weather disruptions, it was worse for the more unpredictable used car market, which accounts for two and a half times the volume that the new car market does and is expected to involve 40m vehicles being moved this year, according to figures from JMN Logistics.

The capacity crunch on new vehicle moves forced up spot rates and made transport more expensive, something exacerbated by the hard winter, according to speakers at this year’s Finished Vehicle Logistics North America conference. And it saw the pool of carriers that handle used car moves – distinct from those who transport new cars – dry up quickly. Delays on this side of the business are more costly in that the value on those cars is decreasing on a daily basis. Added to this was the fact that remarketers were then dumping volumes of the same brand on the auction houses, which also caused the residual value to drop.

Those auction houses subsidised a lot of the transport to protect their revenue from sales but this is not a long-term solution according to Andrea Amico (pictured above), president of Jack Cooper Logistics. If capacity is going to be compromised going forward – and off-lease car volumes are going to increase in the millions – there need to be other solutions he said.

Amico went on to introduce five “insane” ideas the industry should think about in dealing with the capacity issue. The first was not to move the car at all. The answer is to post more of them for online sale, he said, because each time an off lease car is moved it moves a lot of times: from the dealer to an inspection site, to a consolidation yard, then to an auction and back to the dealer.

Secondly he said that if a car is at a yard waiting ten days for transport following an online sale, then it makes sense to use that time more productively and move value-added activity, such as repair and reconditioning, upstream to that yard, rather than where they are traditionally performed at the auction house.[sam_ad id=6 codes='true']

There are also better ways of managing transport costs. “I think many remarketers think of the people moving used cars as an ugly cost,” acknowledged Amico. “How about, instead, we figure out how to optimise the network?”

This entailed advising the remarketing company that if they moved the car to an auction four days nearer that the preferred one seven days away, they could make more money on the residual value even factoring in fluctuations in the transport and repair costs of the alternative site.

And at the auction houses, Amico said those remarketing companies should look at breaking down the auction fees, assessing cross-subsidies to understand the true costs and unbundling sales fees from other services.

Finally he said that, it was possible to smooth out the seasonal peaks and troughs in value, remarketers needed to look at broadening the buyer pool and using such things as non-franchised dealers or send them abroad. 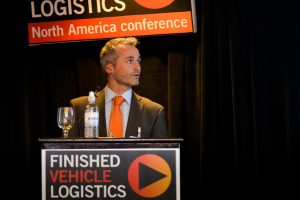 While not describing his ideas as insane, Thomas Banholzer at Mercedes-Benz USA, said the company was looking for an integrated distribution network for deliveries to dealers that dealt with both new and used vehicles. Mercedes-Benz has network of 365 dealers for its used vehicles in the US and pre-owned sales for the company last year were close to 100,000.

“The new and used car organisations can work together for their mutual benefit, with an integrated sales network, enabling the deliveries as well as the pick ups on one truck,” he said. “We are working really close on this to figure out what is the best [because] the benefits beat the challenges.”

Banholzer said realising this depended on collaboration between the remarketing companies and carriers, which have their own specifications, as well as challenging the widely held attitude that used-car transport was a short-term business; instead it should garner long-term commitment. It also depended on getting carriers to work with both new and used vehicles to reduce empty back hauls.

“We see a lot of empty mileage, between 20%-40%, so if they could get 50% backhauls that would help and reduce the empty load,” said Banholzer.

Realising this, he said, could streamline the pick up and drop off process and consolidate the carrier portfolio.

While mixing new and used vehicles was something Banholzer was promoting within his own organisation, the idea of collaboration between brands was not a topic for discussion.

“Collaboration with other brands has not been a subject for discussion. Our first question is which department has the priority in times of shortage,” he said. “It will be a long task to convince everyone in the company that there are benefits from mixing new and used cars and they should not talk about shortage and priority, just see the benefit. We are concerned to get our own departments talking instead of looking beyond and what the other brands are doing.”