Across several articles, we explore how IT systems are being used to integrate data, visibility and cost in the supply chain. Here, Aston Martin, Jaguar Land Rover and Toyota Motor Europe share a platform for supplier data

Recent events have shone an uncomfortable light on the ‘blind spots’ in carmakers’ supply chain visibility, including mass recalls, global disruptions and general material shortages. OEM executives have been surprised to realise that their supply chains – or their suppliers’ supply chains – might hinge on factories in regions that they’ve barely heard of.

In the food sector, the recent horsemeat scandal in Europe further highlights the risk a company takes when it does not look beyond the factories of its tier one suppliers. 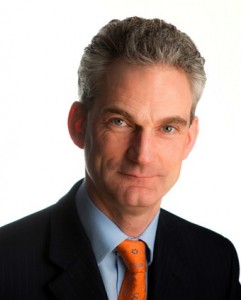 Responses to these issues have included calls for more local production and dual sourcing, but before such radical steps can be taken, manufacturers need to understand the complexity of the tier supply chain. To achieve that, Toyota Motor Europe (TME), Jaguar Land Rover and Aston Martin have joined an automotive supply chain community, supported by an online platform created by supplier data specialist Achilles.

The Achilles’s system begins with a supplier questionnaire asking for basic information like production locations and contact details to be stored centrally in an online portal.

The platform will also have a ‘supply chain mapping’ feature that the participating companies believe is an industry first. The three OEMs will gather the relevant data about their tier one suppliers, who will in turn collect data from their direct suppliers, creating an invitation ‘cascade’ to build a comprehensive map of supplier locations and functions.

David Wyer, senior purchasing manager for Aston Martin, said that the information obtained by Achilles would be fed through each OEM’s individual risk management, sourcing and compliance processes. “The ability for supply chain mapping and financial analysis [of the supply base] takes us a step further than where we’ve ever been,” he said. “We think these are unique tools in the marketplace.”

According to Peter Lumsden, automotive scheme sector manager for Achilles, the company developed the mapping function specifically for the automotive sector. “Automotive has led us in a new direction with this product, as the OEMs are particularly interested in considering the complete supply chain and its risks.”

Guillaume Jacques, purchasing general manager for TME, admitted that the OEM had initially set out to do the supply chain mapping on its own, but found that the complexity of gathering such information was too difficult. It asked Achilles to extend the idea of a supplier community among OEMs to include supply chain mapping.

“One could wonder why TME would want to share their initiative with other carmakers,” he said. “OEMs’ supply chains are so inter-dependant that there is no point in TME trying to secure its supply chain on its own, as any OEM stopping production on a big scale would impact others quickly.”

The current collection is at an early stage, according to Lumsden, with JLR having already “on-boarded” around 300 suppliers since starting the project in 2012. Aston Martin began to contact suppliers in April, while TME started in June.

It is not yet clear what impacts the mapping will have on the supply chain or logistics. Given the need to follow strict European law on anti-competition protocol, there are also limits to commercially sensitive information that any database could include. But Lumsden suggested there was potential for both crisis response and strategic analysis in supply chain design.

“There is the crisis approach, where a disaster might wipe out a factory and you need to identify what products across the chain will be affected,” he said. “But then there is the strategic view, whereby you look at the map and try to identify issues like an overdependence on one supplier or geographic region, or lengthy lead times. You can then take a pre-emptive risk by spreading the supply chain in different directions.”

Wyer admitted that the mapping function had the potential to impact sourcing decisions, particularly as each OEM considered individual factors in their view of the supply chain map, including corporate social responsibility and environmental issues. He stressed that Aston Martin would not act without the agreement of its contracted tier ones, but that finding efficiencies in the supply chain would be mutually beneficial.

“It would benefit us and our tier ones to reduce risk in the supply chain. If there are pinch points, those are areas that we will need to discuss together,” said Wyer.  “It’s too early to have a real view on where this process is going to take us, but it has the potential to be a superb tool for OEMs and suppliers.”