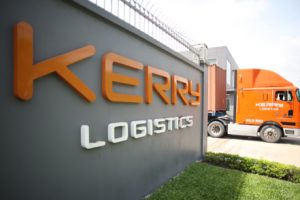 Kerry Logistics has announced its takeover of a majority stake in Italian logistics provider, Tuvia Italia. It is the latest move in Kerry’s expansion in Europe, though as Thomas Blank, managing director for Europe, explained to Automotive Logistics at last week’s Transport Logistic trade fair in Munich, Germany, the company’s asset-light approach there is different to its more established business in Asia.

“Tuvia does have automotive business and it has a clear strategy to further that in Italy, but for us, it was first of all a geographic expansion because we have never been in Italy,” he said.

Kerry Logistics inherits 25,000 sq.m of warehouse space with the Tuvia buyout and is currently expanding that but this is not the general plan for developments in Europe. Blank said the company was not looking to develop any significant contract logistics sites elsewhere and that freight forwarding would all be subcontracted.

The buyout means the company is now operating with own service locations in 11 countries in Europe on an asset-light basis.

Asset heavy in AsiaThat asset-light approach differs significantly from its approach in Asia. Worldwide, Kerry Logistics operates more than 4m sq.m (46m sq.ft) of logistics facilities (owning 2.2m sq.m). In Asia, however, the company is very much into asset investment and is continuing to expand its facility footprint.

Its growth there is directed at the automotive industry with well-known OEM and tier one suppliers. Kerry Logistics also provides distribution services for an Italian supplier in China. Automotive spend in China is up to 20% of its overall expenditure, according to Blank.

“I would say as a percentage of our overall business, automotive is faster growing than hi-tech and industrial – not because the sector itself is growing so fast but because we have put a lot of emphasis on it in the last 12 months,” said Blank.

It is certainly one of the fastest growing sectors in China, according to Blank, who said Kerry had won a good dozen new contracts there in the last 12 months and was putting a lot of emphasis on spare parts distribution, while also providing services for finished vehicles including conditioning and storage.

One leading UK carmaker is already storing vehicles at Kerry’s warehouse in Hong Kong and, as of this week, the facility is also storing sports cars made by one of Italy’s most famous prestige carmakers.

“There is plenty of business developing and we are getting deeper into the supply chain,” Blank said. “We are doing a lot of things for our European customers in China for vehicles going to car shows and display models for the dealerships. It is a sector that we are pushing very hard on the OEM, first and second tier basis.”