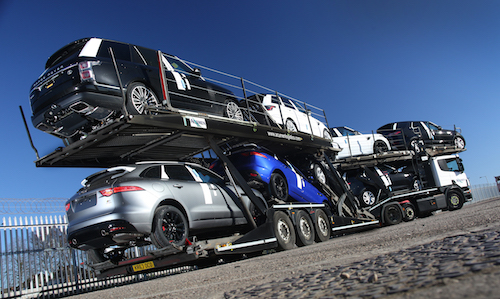 According to Acumen, the transporters are having all their wiring replaced, a full hydraulic system overhaul including sliding decks, pipes and lifting rams, and a comprehensive inspection of all running gear, including axles and braking systems.

Lohr is carrying out the upgrade at its headquarters in Strasbourg. The refurb also includes a review of all safety features, including upper and lower deck walkways and any wear and tear from the loading and unloading of vehicles.

“We brought forward our planned refurbishment programme for these transporters to make sure they are in top condition,” said Chris Doughty, managing director of Acumen’s parent, Acumen Logistics Group. “It’s a pre-emptive measure so we can maintain levels of service while continuing to look to expand operations.”

Acumen has suggested that 75% of the vehicle transporters will be back in service in time for the release of the new 2018 registration plate in the UK in March, a time of increased demand when volume shipments into UK dealerships typically treble.

“They are only three and a half years old, but have been worked intensively during their lifetime, moving predominantly large SUVs for a UK-based manufacturer,” said Doughty. “Lohr has helped make the refurbishment process go as smoothly as possible.”

Doughty did not confirm which UK manufacturer he was referring to but Acumen has been providing services for Jaguar Land Rover for a number of years.

Justin Michau, director of Lohr UK, added: “Out of all the contracts we have in the UK, these vehicles are worked the hardest – both in terms of the weight they carry and the fact they are being double-shifted. This proactive refurbishment programme will ensure they operate as good as new.”

Acumen Logistics Group operates more than 200 vehicles, following its strategic acquisition of J&A Transporters at the end of 2017.