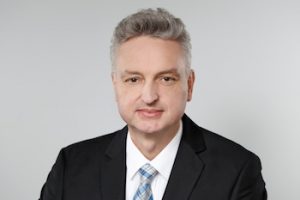 Mann+Hummel, the German filtration parts supplier, is to open an aftermarket logistics centre in Johannesburg in January, following the establishment of its office there in November. It is the first time the company has had its own premises in Africa.

The firm said the establishment of business in Africa was part of its strategy to be close to its customers and would strengthen its position as a global company.

"South Africa is the largest automotive market on the continent of Africa and is characterised by good market conditions with regard to its political and economic stability,” said Josef Parzhuber (pictured), president and general manager of the company’s Automotive Aftermarket division. “This step allows us to strengthen our position as a global company. We are close to our customers in terms of location and the solutions we offer."

Mann+Hummel is also considering further expansion on the continent, according to Parzhuber. "We are currently examining the possibilities for further commitments in other African countries,” he confirmed. “The markets in Africa have enormous potential and offer Mann+Hummel opportunities for growth."