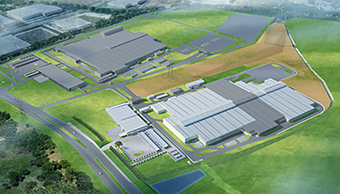 Mazda Motor has added an engine machining operation at its MPMT powertrain factory in Chomburi, Thailand, to increase engine production capacity there from 30,000 to 100,000 units a year.

The move, which has involved a 22.1 billion yen ($200m) investment, will support the Japanese carmaker's plan to make the facility its first overseas hub for engine exports, which it said would improve its global production efficiency.

Mazda said the latest development also supported its plans to enhance its production system in Thailand for engines, transmissions and complete vehicles.

“Strengthening our production framework for engines, the most fundamental vehicle component of all, will help us to get our cars to customers without delay,” said Mazda's CEO, Masamichi Kogai.

Future plans include MPMT producing the SkyActiv-G 2.0 engine, which will be shipped to factories in Malaysia and Vietnam, as well as within Thailand.

MPMT was established in 2013 and began production of the SkyActive-Drive engine two years later. Mazda first announced plans to develop the MPMT facility further in 2016.

Mazda has already designated Thailand as its main hub for service parts exports to the ASEAN region, stating back in 2015 that it was “undeniably the largest market for Mazda to grow [its] business”.

Thailand is one of Mazda's top ten markets. The OEM has announced plans to capture 8% of the market this year. It also exports vehicles from the country to South-East Asia, China and Mexico.