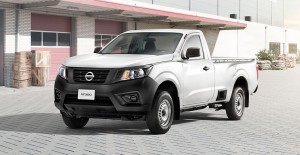 Nissan has begun importing vehicles made in Japan, including the Juke, Urvan, and X-Trail, through the Mexican port of Mazatlan. Around 3,000 vehicles will be delivered to the port per month for onward delivery by rail to the Aguascalientes.

Nissan Mexicana told Automotive Logistics that it would be providing more information next month about the deliveries but confirmed that, while best sellers such as the Versa, Sentra, NP300, Tsuru and Tiida were produced locally, other models that were successful in their respective segments, such as the Nissan X-Trail, were key to strengthening its logistic network.

In other news, this month Nissan Mexicana has started distributing the 2016 model year NP300 Pick Up to more than 230 dealers in Mexico. The vehicles are being made at the Civac plant in the state of Morelos, which Nissan opened in 1966, its first plant outside of Japan. To date there have been 1.6m units NP300 made for domestic and export markets in Latin America.

During 2014 the NP300 sold 57,499 units, making it the best seller for the brand in that region by holding a 95% share in its segment according to the company.