Northvolt picks Skellefteå in Sweden as home for battery factory 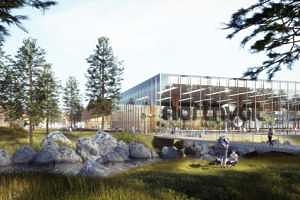 Northvolt has announced a partnership with the two Swedish municipalities Skellefteå and Västerås for the establishment of Europe’s largest lithium-ion battery manufacturing plant.

After an initial assessment of eight Swedish and two Finnish municipalities, Northvolt narrowed its choice down to Västerås and Skellefteå. The company has since decided to base activities in both towns, with the factory in Skellefteå and the main research and development operations in Västerås.

Peter Carlsson, founder and CEO of Northvolt, said: “Europe is rapidly moving towards electrification. Sweden has a unique position to establish large-scale battery production to support this transition with its clean and affordable energy, proximity to raw materials, and a strong industrial tradition deep in its DNA.”

Skellefteå, about 770km by road from Stockholm, is part of a raw material and mining cluster in the north of Sweden and has a long history of process manufacturing and recycling. It will be the location of Northvolt’s first large-scale lithium-ion battery factory and will serve as the main production site, which includes active material preparation, cell assembly and recycling.

Meanwhile, Västerås, a little over 100km drive from Stockholm, is home to a number of multinational companies including ABB, which has a strong engineering and R&D competence in electrification and process optimisation.

The Västerås facility will include a demonstration line, which will be used to qualify and industrialize products and processes. The operation there will employ 300-400 people. Construction of the demonstration line in Västerås will begin next year and should be completed in 2019.

Electric vehicle battery development has been gathering pace in Europe. Samsung SDI is building a $365m plant in Hungary with an annual capacity of 50,000 batteries for the EV market in Europe. Meanwhile, Daimler recently began construction of a second lithium-ion battery factory in Kamenz, south-east Germany, with an investment of $544m.