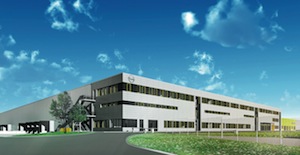 GM’s Opel division is building a €60m ($66m) European spare parts distribution centre in Bochum, Germany, which it said would be ready for operation by 2017. It is the biggest single investment in spare parts logistics across Opel’s global business. The 95,000sq.m facility will stock more than 100,000 different part items.

“Spare parts logistics are one of our key competences,” said Peter Christian Küspert, Opel’s vice president of sales and aftersales. “Ensuring fast and smooth parts supply for Opel drivers is an important component of customer satisfaction.”

Back in 2014, GM announced that the operation of its Opel parts distribution centres (PDCs) at Bochum and Rüsselsheim would be reintegrated into the Opel division from this month, rather than handled by third party logistics providers.https://automotivelogistics.media/news/opel-to-handle-its-own-distribution-centres-in-germany-from-2016

At the beginning of this year, Opel set up a subsidiary called Opel Group Warehousing to manage the business.

“We have made a decision to consider replacement parts logistics a core competency of our company and to therefore operate the European warehouses in Bochum and Rüsselsheim on our own in the future,” explained Küspert at the time. “The German distribution centres are extremely important and play a crucial role in our plans.”

The new facility has been set up in addition to the company’s existing warehouse facilities, which will continue to operate alongside the new warehouse in Bochum.

Industrial building contractor Goldbeck has been contracted for all engineering services on the new site, from planning to building. The facility, which is at Bochum-Langendreer, will include 13,500-metres of shelving.

Once fully operational, the facility will provide jobs for 700 staff members.

A ground-breaking ceremony took place in the first week of February. Küspert was joined by Murat Yaman, chairman of the Bochum employee's representation, and Prof. Dr Rolf Heyer, managing director of “Bochum Perspektive 2022. Also present were the minister of economics of North Rhine-Westphalia, Garrelt Duin, and Bochum’s mayor, Thomas Eiskirch.