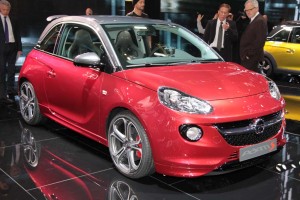 ​General Motors has announced its Opel brand’s official removal from the Chinese market, effective in January 2015. At the same time, it has said that it plans to build two new models for the US market at its plant in Rüsselsheim in Germany.

Opel will build a new Buick model in the “second half of the decade”, investing $245m ($337m) in production costs at the plant. Details of the model are expected at the end of this year. An additional Opel model will also be produced at the German facility, based near Frankfurt. This investment is in addition to $4 ($5.5) billion worth of funding for Germany and Europe to overhaul Opel's current product range with 23 new products and 13 new engines.

The decision to exit from China, which has been described as ‘long overdue’ by Opel representatives, comes in light of declining sales across the country. Opel entered the Chinese market in 1993, however, last year 22 Opel dealers sold 4,365 cars, whereas the Buick brand sold 810,000.

The move was announced as part of General Motors’ wider strategy to integrate the Opel and Buick brands, and share development costs. Opel sales are now to be focused within Europe, and Buick sales in the US and China.

The company claimed that expansion in China would cost a triple-digit million amount. Opel’s CEO, Karl-Thomas Neumann, commented: “It would have cost hundreds of millions of euros to raise awareness of the Opel brand and to expand the distribution network. Buick, however, is one of the market leaders in China and we plan to intensify our future collaboration, with several projects currently under examination. Buick production in Rüsselsheim will further improve our capacity utilisation.”

GM’s president and Opel supervisory board chairman, Dan Ammann, also said: “With the investment in a new, additional model for Rüsselsheim, we will take another important step in our multi-billion dollar model offensive which will pave the way for Opel’s profitable growth.”

Representatives from Opel declined to comment, as questions regarding operations in Germany relate to a future model.

At the end of last year, General Motors announced it would pull the Chevrolet brand from Europe, and cease production at its Holden unit in Australia.