Tom Pippingsköld (pictured) has taken up the newly created position of vice-president and deputy CEO at Finnlines, which provides short-sea ro-ro services in Europe. Pippingsköld retains his role as chief financial officer (CFO) at the company, a role he has held since 2013.

Pippingsköld has extensive experience in financial and risk management, treasury operations, strategy implementation and business development. He has previously been employed in the energy sector, in project finance and in investment banking, both in Finland and abroad. 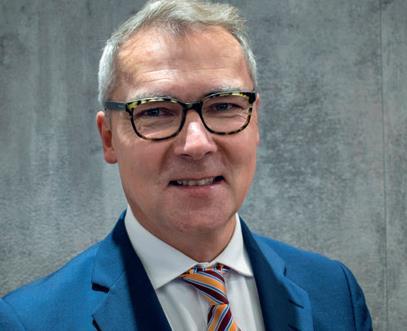 In the new combined role, Pippingsköld is managing the financial strategy and operations of the Finnlines Group, together with the president and CEO, Emanuele Grimaldi (Finnlines is part of the Grimaldi Group). The company is aiming to grow its total annual revenue above the current €500m.

In its first quarter financial review Finnlines’ announced a turnover of €124m, down 5% because of the impact on its passenger services of Covid-19. Strict travel restrictions have remained on Finland’s border the first months of the year 2021.

However, over the first quarter the company transported 187,000 cargo units and shipped 44,000 cars. It moves more than a third of the vehicles and trailers that transit on the three main routes between Finland and its neighbours – Estonia, Sweden and Germany.

* Last month saw the completion of Finnlines’ hybrid ro-ro vessel Finneco, the first of three such vessels being built by the Nanjing Jinling Shipyard. Finneco will start services in Europe at the beginning of next year and will be followed by the other two vessels later in 2022.