Puerto Bahía, the terminal operator at the Colombian port of Cartanega, has signed a three-year contract with Porsche Colombia to import vehicles under the VW Group brands, including Audi, Seat, Skoda and Volkswagen. 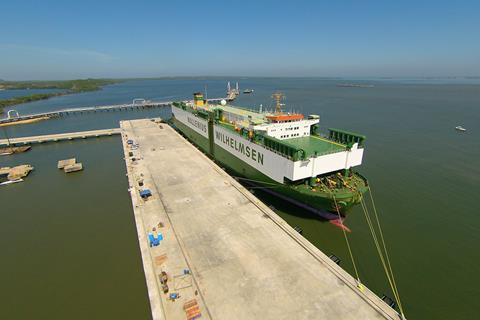 As part of the agreement, Puerto Bahía will handle vessel calls, offer reception services, as well as clean, polish and inspect all inbound consignments, in addition to providing clearance and distribution to dealerships.

The contract should result in more than 10,000 finished vehicles being channelled via Puerto Bahía annually. In the first five months of 2019, around 3,300 Porsche cars had passed arrived at the terminal.

Puerto Bahía claims to be Colombia’s main importer of ro-ro cargo and has captured a 50% market share in the Caribbean region of the country. It reports investing $152m in the facility at Cartagena.

In total, the terminal has sufficient capacity to handle 100,000 finished vehicles per annum, although reported traffic of just 29,000 units in 2018.