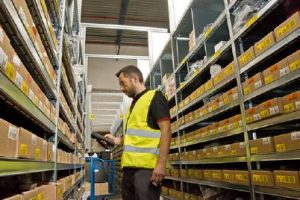 French carmaker PSA Group has launched a new aftermarket business that extends its spare parts offering for international customers. Being launched worldwide, it will include parts from a range of rival OEMs along with an expanded version of its own Eurorepar multi-brand range featuring 9,000 parts.

The group will also offer a conventional range of OEM parts for group brands, while including its online auto parts and accessories European distribution service, mister-auto.com.

The company said the combined service would cover all the spare parts needs of independent repair shops, which would now be able to buy supplies from a single PSA multi-brand distribution hub. Fifty such hubs are currently being set up in France and the Benelux region, with a total of around 140 planned for launch throughout Europe. Some of these will be included with the PSA Retail network while others will be run by private investors, according to the company.

PSA Group said the move was part of its ‘Push to Pass’ strategic plan, which was announced earlier this year.

"The creation of this new business is a milestone for the PSA Group,” said Christophe Musy, vice-president, parts and services. “We are launching a huge marketing offensive by shifting the focus of our offering from OEM parts and our three brands to something massively bigger, encompassing the entire independent auto repair market for all vehicles worldwide."