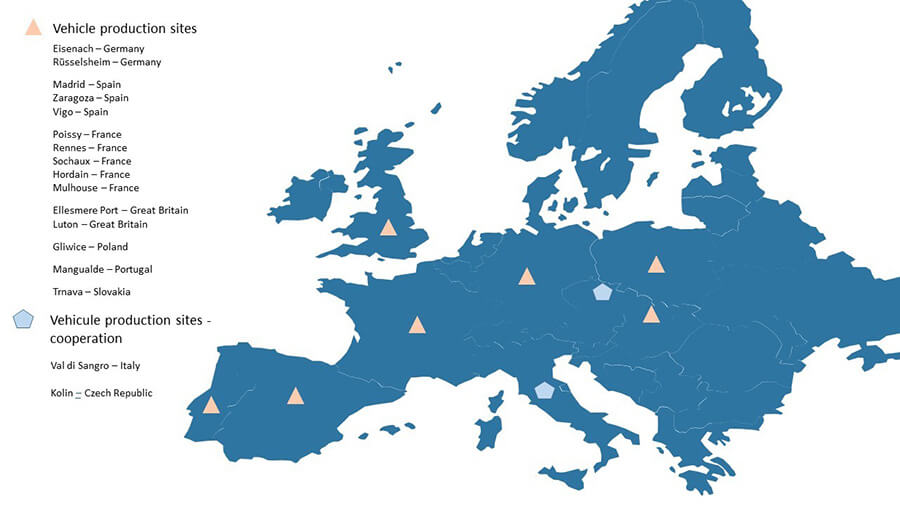 Groupe PSA is to increase output of its SUV range across Europe this year “using all its available resources and assets” to meet market demand.

The company said the initiative would be supported “by appropriate investments” with an emphasis on inbound logistics to enable each plant to deliver high output.

The drive gets underway with the production of the Citroën C5 Aircross at the Rennes plant in France, along with the Peugeot 5008.

The growth stems from application of the 'Push to Pass' corporate strategy, introduced in 2016, which has led to the introduction of 11 SUV models by the French group’s five brands – Peugeot, Citroën, DS Automobiles, Opel and Vauxhall. They achieved 250,000 registrations in Europe in Q1, claiming a 16.9% share of the region’s SUV market, according to PSA.

Higher production rates should be made possible by performance plans to be carried out under a 2016 agreement with French trade unions. The plans are designed to maintain production in France at 1m vehicles a year and involve negotiations with employee representatives in Germany as part of an Opel/Vauxhall performance plan. PSA bought Opel/Vauxhall from GM last year.

Opel-Vauxhall CEO Michael Lohscheller added: “Production of the Grandland X in Eisenach demonstrates Groupe PSA’s willingness to invest in Germany and its trust in Opel.”

The drive to increase SUV production is part of a wider PSA commitment to its Opel division after agreeing measures to improve competitiveness with the IG Metall union and works council. Enforced job losses are excluded in the next five years, though 3,700 voluntary redundancies are allowed for on top of the 3,500 employees who have already left voluntarily.

“Significant investments” are promised in research and development at the Eisenach, Rüsselsheim and Kaiserslautern plants in Germany through to 2023. The engineering centre in Rüsselsheim will be responsible for development of the group’s next generation EP engine family.

Lohscheller said: “We will ensure long-term utilisation of our German sites and thus protect employment – and this well into the next decade – with attractive models and high-quality components. We are deeply rooted in Germany and our German plants are and will remain our backbone.”