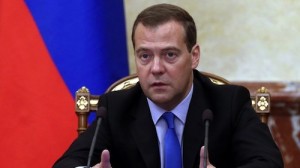 Russia has said it will tighten retaliatory sanctions on products from Western nations to include a ban on vehicles if more sanctions are imposed on the export of Russian products.

The announcement follows the recent imposition of sanctions on food products from the European Union, United States, Australia, Canada and Norway. Two weeks ago prime minister Dmitry Medvedev (pictured) said this could be extended to include other sectors, including the automotive industry, a point reiterated this week by a report in Russian daily Vedomosti.

The Russian government has brought in the agricultural sanctions, which are due to run for a year, in retaliation for punitive restrictions on trade by the West, which were initially imposed in July in response to Russia’s annexation of Crimea and the crisis in eastern Ukraine. According to preliminary estimations these measures could cost the EU alone up to €12 billion ($16m).

"We are ready to introduce a potentially protective measures in the aircraft industry, shipbuilding, automotive and some other industries," said Medvedev. "The government understands the importance of cooperation in this sphere. And, of course, we should adequately assess our own opportunities.”

While foreign carmakers do have a large degree of localised production in Russia, imported vehicles accounted for 27% of sales of passenger cars in the first half of 2014.

Russia has already introduced customs duties on vehicles made in Ukraine (along with 130 other products), something that is threatening the survival of Ukraine’s two largest carmakers: ZAZ and Bogdan (read more here).

Potential impact on premium carmakers
The EU and Japan are likely to feel the biggest impact should sanctions be extended to include the automotive sector and experts agree that if sanctions were implemented then the European premium segment would be hit first, including Mercedes-Benz.

Daimler’s CEO Dieter Zetsche said that it had seen growth weaken in the Russian market because of the Ukraine crisis.

Interviewed in the German newspaper Bild am Sonntag recently, Zetsche said the Russian economy had been in a difficult phase prior to the crisis and it was now being further impaired.

“That has an effect on the Russian passenger vehicle market and also on Daimler,” he is quoted as saying. “In the first half-year we made an increase of 20% in the Russian business and now the momentum is headed downward."

Asked whether the potential imposition of sanctions on automotive trade could further debilitate its business, a Daimler spokesperson told Automotive Logistics News that it could not comment on speculation but hoped that efforts for a diplomatic solution would meet with early success.

“Overall, Russia is an important market for Daimler,” said the spokesperson. “Even before the crisis, the Russian economy was in a difficult situation and is now even more impaired. This affects the Russian car market as well. In the first half of the year, we posted a growth of 20% in our passenger car sales, now the momentum weakens. However, we expect to close this year with a positive result.”

Evgeny Nadorshin, chief economist at financial agency AFK Sistema, said that any sanctions on vehicle imports at the moment would be senseless.

“I am still not very clear against whom they will protect the Russian car industry, said Nadorshin. “Imports of cars has been falling for a long time, with the relatively stable growth of local production. So today, most of the cars in Russia are made locally by foreign manufacturers. The main problem now is the market downturn and falling demand.”

Regarding the situation between Russia and Ukraine BMW was stolid and would only state that the solution had to focus on political, not economic, considerations.

"Sanctions – this is something we can not influence,” added Vasily Melnikov, a spokesperson for BMW’s Russian division. “However, BMW believes that when trading relationships are simpler they work better. There is no panic over Mr Medvedev’s statement; we will respond when something actually happens.”

Ford, which has sold 38,000 vehicles in Russia in 2014, led by the Focus and Kuga models, and produces the vast majority of the vehicles it sells in Russia domestically, was also playing the waiting game. It would only say that it continued to study any sanctions to understand the potential effect on its Ford Sollers business.

Japanese imports
Regarding the Japanese carmakers, the only vehicle produced in Russia by Toyota is the Camry, one of its best selling models. The majority of the rest of the vehicles it sells in Russia are imported from Japan but a number are also sent from Europe and Turkey, and to a lesser extent the US.

Likewise, Mitsubishi imports the majority of the vehicles it sells in Russia from Japan, Thailand and the US, including its popular Lancer and ASX models. However, it is assembling the Outlander SUV at Kaluga from knockdown kits and is planning to add the Pajero Sport. The carmaker has plans to grow its dealer base to 150 by the end of this year, plans that could be put on hold until a clear signal is given by the Russian government.

Honda, meanwhile, imports cars exclusively from the UK and the US. “Honda imports 100% of cars which we sell in Russia to the local market,” said Alexander Budrin, a spokesperson for the carmaker in Russia. “Most of the models come from the US, two cars are imported from England – the CRV and Civic.” But Budrin was unwilling to comment further on what the situation meant for the carmaker, again because no firm decision had yet been made by the government.

Mazda currently imports its popular Mazda 3 and CX-9 crossover to the Russian market and sold 23,801 vehicles in total in the first six months of this year. Its best selling models are the Mazda CX-5 followed by Mazda3, then Mazda6.

Considerations for parts sourcing
In terms of parts imports for vehicle production within Russia there are several factors to consider according to Michael Robinet, managing director at IHS Automotive Advisory. One of those is the fact that a substantial volume of those parts are already sourced locally to lower currency exposure, eliminate tariffs and raise local value. However, according to Robinet, certain key components are sourced from outside Russia based on decisions driven by economies of scale, the capability of tier two and three suppliers, technology and cost drivers.

Certain members of the Russian Duma have suggested that the ban on food imports is an opportunity to develop neglected parts of the indigenous agricultural sector. The extension of that threat to other industries raises the question whether there could be similar thinking applied, including in the car sector. Could it also benefit neighbouring trade partners not affected by the sanctions and provide a boost to exports from markets, such as Turkey for instance?

There are more considerations to be made here according to Robinet.

“Shifting supply to Russia (or any other country) is a long, drawn out process which can have several complications,” he said. “These include raising overall costs, quality issues or resourcing/reengineering due to the inability to source internally from an interconnected supply base.

“Resourcing will not be an overnight event – one which would result in extensive production disruptions and losses,” continued Robinet. “While Turkey and other sources could be contemplated, the same issues apply – if there is a capacity. Resourcing due to a ban is not a decision to be taken lightly.”

Earlier this year Russia said it would ban all state agencies from purchasing imported vehicles unless they were produced locally from complete knockdown (CKD) kits with a localisation level of at least 50%.