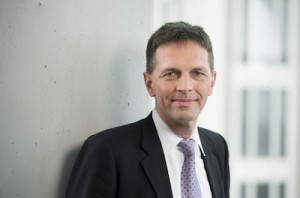 Thomas Schmitt (left) is moving to German logistics provider Schenker in the role of board member responsible for the Contract Logistics/SCM business unit. He replaces Ewald Kaiser, who has been handling responsibilities there in addition to his own role as board member for Land Transport. He will now return to devote his whole attention to that role.

Schmitt will move into the new position in the middle of June this year from his current position as president and CEO of AquaTerra Corporation in Toronto, Canada, a water and beverage distributor.

Schmitt started his career at British Petroleum in London and Cleveland. He has held various top positions in different companies. Prior to his current role he was president and CEO for FedEx Global Supply Chain Services.

Hansjörg Rodi was to have taken up the role as board member for Contract Logistics/SCM in October last year but had to withdraw for personal reasons according to DB Schenker. He remains CEO of Schenker Deutschland.