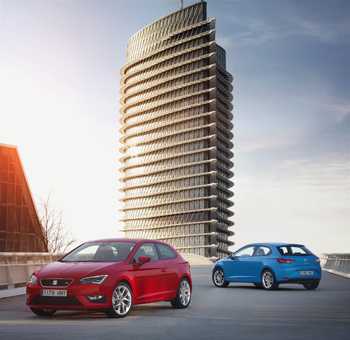 The Spanish government’s anti-trust authority, the National Competition Commission (CNC), has opened up investigations into a number of automotive dealers and distributors across the country that are suspected of being involved in a price-fixing cartel affecting vehicles and services, as well as the exchange of commercially sensitive information.

The investigation follows a separate case by CNC on Opel’s spare parts supply to dealerships.

The Commission carried out a number of dawn raids in the first week of June on the head offices of several companies operating in the car distribution business, but said it could not reveal the companies involved until the case was formally opened, which usually takes between two and three months after the initial action.

An assessment of the information gathered is now being made. Should evidence be found of such practices, formal proceedings will start under Article 1 of the Spanish Competition Act 15/2007 and could result in the companies involved being fined up to 10% of their total turnover. However, the CNC was keen to stress that the inspections were a preliminary step and did not automatically imply the guilt of the companies involved.

Cartels are a priority target for the CNC but it said that members of any cartel that supply evidence of its existence would qualify for an exemption or a reduction in their fine.

Spain’s Federation of Automotive Dealers (FaconAuto), which represents around 2,650 dealers, offered no comment on the action.

While Spain’s carmakers are also reticent because the investigation is ongoing, the Volkswagen Group, which owns Spain’s leading brand Seat, acknowledged that it was aware that the CNC had started an investigation into some automotive dealers because of possible unlawful behaviour.

In a separate investigation this past May, the CNC started looking into General Motors’ supply of spare parts to dealers and repairers of Opel vehicles. In a statement, the CNC said it had “prima facie evidence” of an Article 1 infringement involving clauses in Opel’s contracts with dealers that may unjustifiably restrict competition in the supply of spare parts by them.

The General Motors’ case could take up to 18 months to conclude. Again, the CNC said the infringement proceedings did not prejudge the outcome.