Economic growth in the UK and the success of the automotive sector over the last few years has brought some welcome challenges to the logistics providers operating there, few more so than Gefco UK. According to its managing director, Tristan Balayn (pictured), the country’s fast and sustained growth has required the company to anticipate problems as well as opportunities more quickly than in the past. 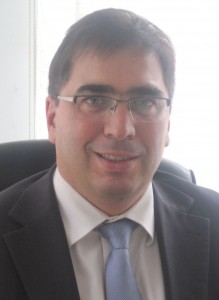 “Everything is going very fast now,” says Balayn. “Jaguar Land Rover is a good example, which has had amazing success, but it has come fast for them and for those that supply services to them. The question of the ability of the organisation to face this fast growing environment and be reactive, and proactive, is a real challenge.”

One example of this change comes in a new inbound service has added this year for Jaguar Land Rover (JLR) that employs a VIN-based sequencing technique for one of its main tier suppliers. Each unique part is linked through the carmaker’s assigned VIN number, which improves visibility over storage and sequencing in the warehouse because the part is already identified in the plant.

“We were doing that in France so we had the knowledge and system to bring that for the JLR supplier,” says Balayn. “We were awarded this business but it was a challenge because when it is the first time there is a cultural shift, and the planning has to be really good if you want to efficiently manage your warehouse.”

Gefco, which also signed a container management contract with JLR last year, is planning to move to a new facility because the growth in business has dictated a larger, purpose built building.

Lessons learned at PSA
According to Balayn, Gefco UK was able to deal with the complexity defining the new system because of its experience as a division of PSA Peugeot-Citroën.

“What we are good at is managing complexity and because the DNA of Gefco is coming from an OEM, we had to manage the growth of our main shareholder for years and to find solutions when there was expansion in diverse countries and when there were acquisitions,” explained Balayn.

A look at the figures in 2015 gives a good indication of how those two things need to be managed. In terms of the Overland business, Gefco’s EuroDaily services will handle 340,000 aftermarket shipments in Europe this year. Over the same period it will handle 220,000 groupage shipments, 25,000 full load shipments and 29,000 part load shipments. It will also move 57,000 2Wheeler units to retailers.

Complexity and capacity
On the finished vehicle side of the business, meanwhile, Gefco UK will handle more than 541,000 vehicle movements. At its four vehicle-handling centres in the UK it will carry out more than 51,500 pre-delivery inspections on those vehicles and undertake more than 8,000 refurbishments.

It was on the finished vehicle side that Gefco has faced some specific challenges as volume has risen in the UK market over the last 36 months to a level not seen since the end of the 1990s. Given the reductions made in the wake of the downturn, which equated to a loss of car hauling trucks in the UK, finding capacity in the upturn was something of a challenge.

New car registrations in the UK through 2014 hit 2,476, 434 according to figures from the Society of Motor Manufacturers and Traders (SMMT), the largest figure in Europe next to Germany. The country’s vehicle logistics market is also among the region’s most dynamic, not least since around 85% of vehicles sold in the UK are imported, while 80% made here are exported.

The company was helped in dealing with the capacity issue by a relaxation in the UK cabotage law during the peak periods, while the downturn in Europe meant that there were trucks available that could be brought to the UK. Nevertheless, Balayn says that carmakers’ impetus to push volume put a strain on capacity, both on road and on short sea vessels, which combined, led to some realignment in the trunking of vehicle volumes.

Any port in a peak
One example of the way the market’s growth has strained vehicle logistics in managing port flows. The best strategy on a normal basis given the UK’s prevalence of ports is to ship to the nearest point of consumption. However, during the peak period of recovery there were not enough short sea vessels to handle the rotation, according to Balayn. That led to some routing decisions whereby ships were moved according to their shortest round trip journey, for example moving vehicles to the UK’s southern ports.

In response, Gefco deployed a control tower solution on the entire supply chain, identifying alternative solutions it could use for moving cars more quickly.

This came good when it was faced with moving vehicles to the north of the UK from the southern ports; as there was no short sea capacity, Gefco’s control tower anticipated the demand and brought in more trucks.

“The difficult thing to do for an integrator is to make the right commitment to capacity,” noted Balayn. “There is always an uncertainty about what the volume will be because no one wants to commit so you need to build the confidence sometimes and secure the capacity even if there is a risk that you will not get the volume.”

While approaches such as control towers can respond quickly to demand, Balayn does question OEMs’ reluctance to share complete visibility of their production and distribution. He points out that figures made available are based on an OEM’s commercial development, rather than specific flows.

“I think overall the forecasts for the UK were ok, but when you speak per OEM it is difficult to identify where the flows will be and secure the capacity in the right port and to the right location,” admitted Balayn.

Exchange rate considerations
For Balayn, a closer integration between carmakers and logistics providers gets to the heart of the role of companies like Gefco. A good provider, he says, is not just executing transport, but anticipating demand and reacting to changes in advance. A recent example, he says, is the appreciation of sterling in recent months against the euro, which makes European-made cars more competitively priced. The company, therefore, has to ensure it has capacity to handle more imports. A logistics provider, he says, should think about the supply chain in a macroeconomic context.

“We have to be more than just a carrier of cars,” he said. “We have to think about what is happening from the plant in Europe and anticipate from the beginning from where the flows will come and how we will manage that.

“In future, the logistics provider that makes a difference will think globally and provide solutions that enable OEMs to do things smarter in order to improve cash flow.”