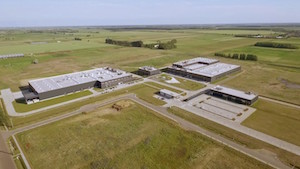 The automotive components manufacturer has opened a €100m ($123m) factory in Jászfényszaru, 70km east of Budapest, to meet growing demand for electric power steering and valve train systems from German and international OEMs. As production is ramped up in the coming months, up to 500 new jobs will be created.

The Jászfényszaru factory is the company’s first in Europe to run two different product technologies at the same site, which will generate efficiency and cost advantages, said the company. Thyssenkrupp already operates combined plants in China and North America.

“Our customers are investing in new plants, and we are also looking to continue our profitable growth in Hungary,” said Karsten Kroos, CEO of Thyssenkrupp’s components technology business, which increased its order intake by 14% last fiscal year to September 2017.

A plant to make springs and stabilisers will add to the expansion in Hungary. That factory is currently under construction and operations are scheduled to start later this year.

Thyssenkrupp also operates an axle assembly plant and a steel service centre in Győr and a centre in Budapest developing software for electric power steering systems and new applications for steer-by-wire and autonomous driving.

Overall, Thyssenkrupp currently employs around 1,100 people in the automotive industry in Hungary which, it says, has developed into an important player in the European auto sector; around 480,000 cars rolled off the country’s production lines last year.