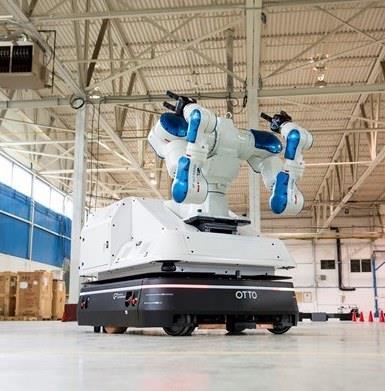 Tier one parts supplier Hirotec has started using autonomous vehicles (AVs) provided by Otto Motors at its manufacturing plant in Hiroshima. The vehicles are delivering Mazda door panels to welding cells at the facility.

Japan is the first country outside North America in which Otto Motors has deployed its technology. The company is working in partnership with Altech, a specialised trading company that imports advanced machinery and equipment from Europe and the United States to support Japanese industrial companies. However, it is not the first time the company has worked with Hirotec. Hirotec America has been using Otto Motors self-driving robots to automate spare parts production since 2017.

“This is a big moment for Otto Motors,” said Richard Baker, the company’s chief revenue officer. “Our innovative self-driving vehicles have been helping modernise factories throughout the United States and Canada since 2015. Otto Motors entered the Japan market in 2018, and with several successful deployments completed, we are expanding our efforts in Japan working alongside Altech.”

The company reports having other customers in the automotive and logistics industries in Japan.

According to Otto Motors, the use of three of its AVs allowed Hirotec to replace eight older autonomous guided vehicles (AGVs) being used at the Hiroshima facility. The decision to use the technology also comes at a time of high demand for automation in Japan because of the current labour shortage, a product of a smaller, younger population. Japanese manufacturers are looking for industrial automation because there are simply are not enough people to do the work required.

More globally, the market for mobile robotics is expected to exceed $224 billion by 2030, according to global technology market advisory firm ABI Research.

Otto Motors is the industrial division of Clearpath Robotics.