Transport strike to hit all modes across France 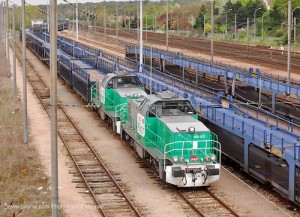 Union-affiliated transport workers in France were scheduled to stage two days of strike action from today (May 18th) in protest at moves by the government to introduce a new bill deregulating the labour market without a parliamentary vote.

The strikes are likely to affect all modes of transport and disrupt the movement of parts and vehicles across the country. The action could be extended into rolling strikes in various places, it has been suggested.

French rail provider SNCF confirmed strike action by some if its staff would hit freight transport on Wednesday and Thursday this week. The rail industry is one of the few sectors in France not to have a collective agreement (Convention Collective de Branche) in place.

In a statement supporting action against the proposed deregulation – which will allow employers to apply in-house rules on pay and conditions, rather than national ones – the CGT union called the government’s bill “unacceptable and unworkable”. In a statement, the CGT said transport workers must raise numbers and force the beginning of a real dialogue to agree on a labour code for the 21st century. Transport workers fear that, among other destabilising factors, they could face lower wages for overtime work.

According to SNCF, however, the review of working arrangements within the statutory period of 35 hours should help increase the competitiveness of rail companies. The company said development of the new social framework would give it the option of creating conditions to better serve its clients with an improved quality of service.

“The strike causes inconvenience for our automotive customers, but we are doing our utmost to improve our responsiveness and our ability to put in place a business continuity plan of the highest possible standard,” said the spokesperson. “Our sales divisions and customer service centres have regular contacts to keep our clients’ teams informed as the situation develops.”

This week's strikes follow widespread action last week when people took to the streets in protest at the proposed bill after the French government survived a no-confidence vote.

The bill will now move to the upper house of the French parliament, in which the conservative opposition has a majority.

The Hollande government is keen to bring in measures to create a more 'flexible' market and get unemployment below 10%. Despite opinion polls showing the majority of French people are opposed to them, prime minister Manuel Valls said there was no question of withdrawing the labour reforms.

According to Lloyds Loading List, drivers in the Normandy region were planning to block roads on Tuesday, notably in the vicinity of the city of Caen, and it was unclear whether similar action might also be taken in other regions. It was expected that cross-Channel services at major Channel ports such as Calais and Dunkirk would be affected while rail and air traffic schedules could also be hit.

The main French carmakers and road transport providers have yet to comment.