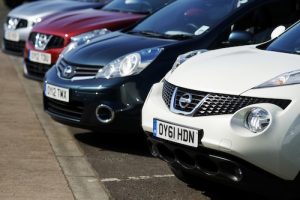 Exports of vehicles made in the UK grew 9% to more than 115,400 in June this year compared to the same month in 2014, according to the latest figures from the Society of Motor Manufacturers and Traders (SMMT). This comes on the back of overall productivity gains of 5.4% for the month to 143,759, based on June last year.

This means that the UK exported more than 80% of its production for the month, up around 3% on June 2014, with the EU accounting for roughly 50%.

At the same time, around 85% of the vehicles sold in the UK are imported.

According to the SMMT, the manufacturing rise in June led the sector to its best half-year output since 2008. Between January and June output reached 793,642 units, a manufacturing growth of 0.3% on the same period last year. The SMMT did not provide a breakdown of the top three carmakers by output for the month. However production continues to be dominated by Nissan and Jaguar Land Rover, which make up around 60% of total output in the country between them.

Nissan's factory in Sunderland built the most cars by any single British-based manufacturer last year: 500,238 units, according to SMMT figures. This is followed by Jaguar Land Rover at 449,507 vehicles from its three facilities in the UK Midlands.

According to business analyst KPMG, manufacturing is set to increase in the second half of the year.

"We expect even more cars will be made in the second half of the year as further new models from Jaguar Land Rover, Vauxhall and Honda are launched and our major market, the Eurozone continues to recover,” said John Leech, head of automotive at KPMG UK, in a statement about the SMMT figures. “With future planned model launches we forecast UK car production will beat its all-time record and the 2m barrier in 2018."