Uzbekistan looks for investment to boost local production and exports

Finished vehicle production in Uzbekistan is expected to grow from slightly more than 220,000 units in 2018 to 350,000 units by 2023, under the directive of an industry development programme recently signed by the country’s president Shavkat Mirziyoyev. 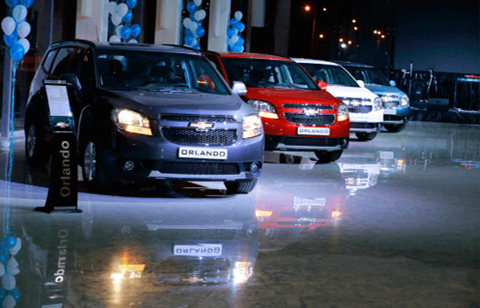 The government is aiming to secure investments of $700m in the domestic automotive industry, not only to increase production, but also to raise the average percentage of parts sourced locally to 60% from the current 20% over the coming four years.

The main goals set for the Uzbek state-owned company UzAutoMotors (formerly GM Uzbekistan), which is running all automotive plants in the country, is to boost finished vehicle exports to 100,000 units per year, as well as to design and begin production of a new model that is affordable to Uzbek citizens.

UzAutoMotors earlier this year reported that the overall value of automotive exports from the country were expected to jump from $25.5m in 2018 to $118.6m in 2019, although no details were given about the expected increase in exports in physical terms.

Last month, UzAutoMotors resumed finished vehicle exports to the Russian market, ending a suspension that had been in place since May, 2018. Mirziyoyev stopped the exports, saying at the time that Uzbek vehicles were being sold in foreign markets at prices below their actual production costs.

UzAutoMotors revised its pricing policy in Russia and increased the price of vehicles by between 30% and 50% in 2019 compared to the previous year. The carmaker is also exporting finished vehicles under the Ravon brand to Tajikistan and Afghanistan.

Uzbekistan is aiming to produce 250,000 new vehicles in 2019, according to Shavkat Umurzakov, chairman of the board of Uzavtosanoat, parent company of UzAutoMotors. In the first half of 2019, the country manufactured 120,000 finished vehicles, an increase of 154% on the same period last year, said Umurzakov.

The government has recently cancelled a preferential tax regime for Uzavtosanoat, which means that the company will have to pay an additional $443m to the state budget of taxes on average per year, Umurzakov said. This should not impact prices since the company managed to significantly cut the production costs, Umurzakov added.

Inviting foreign business
Uzavtosanoat has also been asked to attract foreign business to the Uzbek automotive industry. One company that could be possibly interested in launching new projects in the country is GM, the government said. The US carmaker was running the GM Uzbekistan joint venture with Uzavtosanoat, but sold its final stake in the company at the beginning of this year.

Speaking earlier this year, Imidjon Salimov, spokesperson of Uzavtosanoat, said that a European carmaker was interested in launching a project in Uzbekistan. In addition, in June, Uzavtosanoat announced it had signed an agreement with Volkswagen’s division in Russia to launch contract assembly of the Volkswagen Caddy, Crafter, and Tiguan, along with the Skoda Octavia.

Some local news sources in Uzbekistan have reported that VW and Uzavtosanoat may build an assembly plant in the country, although this information so far has not been officially confirmed.