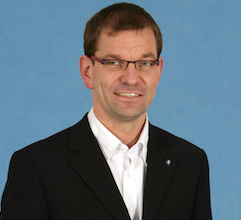 Volkswagen has offered Markus Duesmann (pictured) a position on the group’s management board. He is currently on the management board of rival OEM BMW, where he is responsible for its supplier network and purchasing. The carmaker has also created a new role for its head of procurement, Ralf Brandstätter, who has added chief operating officer (COO) for the VW Passenger Cars to his responsibilities.

Wolfsburg-based VW said Duesmann would take up his new position “as soon as he is able to do so,” while Brandstätter adds his new role beginning this week while continuing as head of procurement.

The company said: “With Duesmann, Volkswagen AG is welcoming on board one of the automotive industry’s most experienced and distinguished experts. He has a wealth of knowledge in different areas of the industry, having served with various companies.”

An unconfirmed report in the German news source Automobilewoche indicates Duesmann will take the role of CEO at the Audi division from the beginning of next year. Audi’s former CEO Rupert Stadler was arrested earlier this year on charges of fraud and misrepresentation as part of the Dieselgate emissions scandal. Abraham Schot is currently filling the CEO role on an interim basis along with his role as head of sales and marketing.

Duesmann joined BMW’s management board in October 2016, having been with BMW since 2007. He was head of Powertrain and the related process chain before taking over his purchasing and supplier network role.

Regarding Brandstätter’s new role the carmaker said there had been an increase in operational tasks at VW Passenger Cars, which had necessitated the new management position.

“Ralf Brandstätter has outstanding commercial and technical expertise,” said VW CEO, Herbert Diess. “In the newly-created function of COO he will make a decisive contribution to taking the Volkswagen brand further forward. I would also like to thank Frank Welsch. In addition to his extensive duties as the Volkswagen brand’s board member for technical development, he also assumed many additional functions in an interim capacity to safeguard the successful leadership of brand business in a pivotal phase.”

Brandstätter joined VW Group in 1993, immediately taking roles in the procurement division. In 1998 he took charge of metal procurement for chassis and powertrain components and was made project manager for new vehicle projects in 2003. In 2005 he moved to Spain as head of procurement, becoming member of the Seat Executive Committee responsible for Purchasing in 2008. He was most recently made board member with responsibility for Procurement in December 2015.